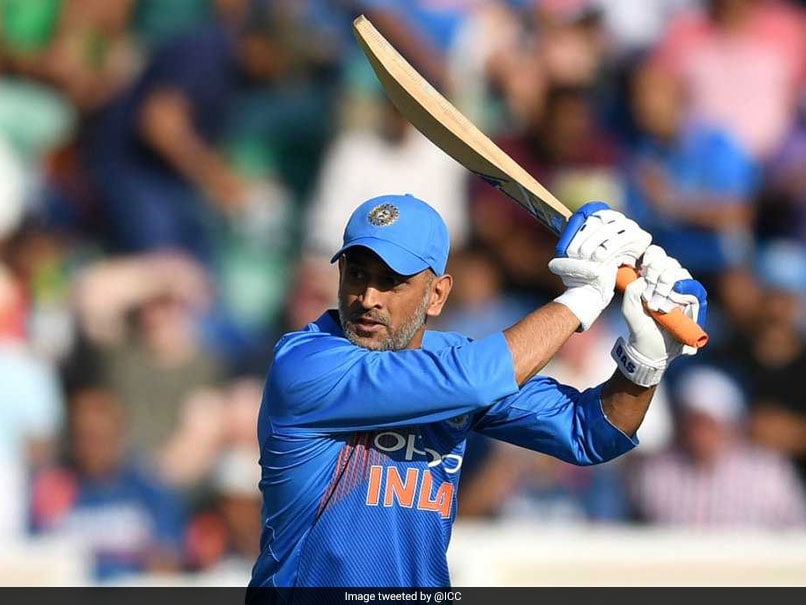 MS Dhoni made his ODI debut for India in December 2004.© Twitter

Mahendra Singh Dhoni became the fifth Indian and 13th batsman overall to score 10,000 runs in the 50-over format when he came out to bat against Australia in the first one-day international in Sydney on Saturday. Dhoni needed just one run to join Sachin Tendulkar, Sourav Ganguly, Rahul Dravid and Virat Kohli on the elite list. Before the first ODI against Australia, Dhoni had accumulated a total of 10,173 runs in the 50-over format, however, the record also contained the 174 runs which he smashed against the Africa XI, while representing the Asia XI in a three-match rubber in 2007.

Interestingly, Dhoni and Kohli are now the only active members of the 1,0000 ODI runs club.

"I think the way that he's led India under the most extreme cricket scrutiny for a long time has been unbelievable," Finch was quoted as saying by cricket.com.au.

"I think that he's obviously one of the all-time greats of the game. It will be a sad day if he doesn't come back to Australia after this tour, he's a brilliant entertainer and someone that people pay money to come through the gates to watch."

In 2018, Dhoni struggled to get going with the bat but Rohit Sharma, on Thursday, backed the veteran wicket-keeper batsman, saying he will play a pivotal role for India in the World Cup.

"Over the years we have seen what sort of presence he (Dhoni) has in the dressing room and on the field. With him being around, there is a sense of calmness in the group, which is very important, and also a bit of help to the captain because he stands behind the stumps," Rohit said.

MS Dhoni Australia vs India 2018/19 Cricket Australia vs India, 1st ODI
Get the latest updates on ICC T20 Worldcup 2022 and CWG 2022 check out the Schedule, Live Score and Medals Tally. Like us on Facebook or follow us on Twitter for more sports updates. You can also download the NDTV Cricket app for Android or iOS.