MS Dhoni has 16 international centuries to his name and has effected more than 800 dismissals behind the stumps. 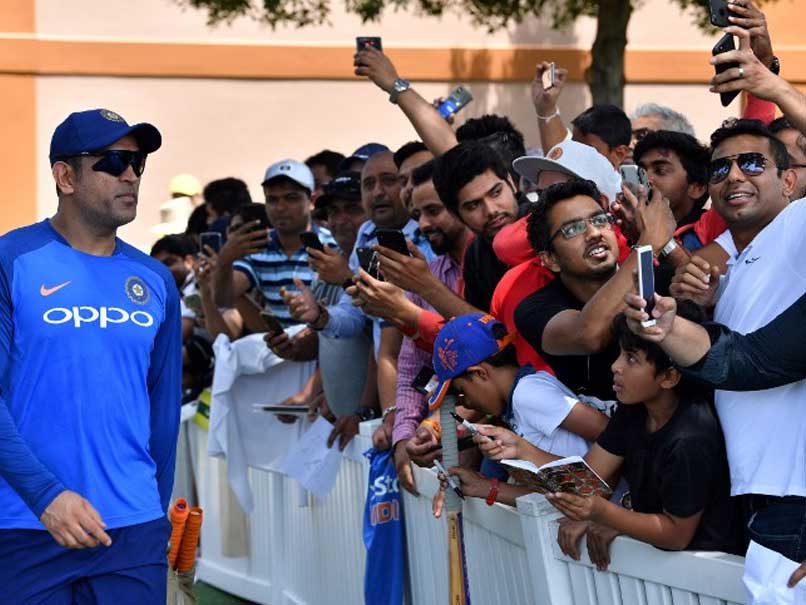 Mahendra Singh Dhoni is arguably one of the most popular Indian cricketers. Over the years, Dhoni's enigma on and off the field has been unrivalled. The 37-year-old might have been out of action for quite some time now but he still continues to be a huge crowd favourite. Ahead of the first one-day international (ODI) against Australia in Sydney, the former captain attended Team India's practice session and met the fans who had gathered to watch the visiting team train. The Board of Control for Cricket in India (BCCI) posted a video on their official Twitter handle, where Dhoni can be seen signing a few autographs and clicking pictures with the fans at the Sydney Cricket Ground on Friday.

MSD fever at the SCG post practice. Humble as always, @msdhoni signed a few autographs for the fans who had gathered to watch #TeamIndia train before the 1st ODI #AUSvIND pic.twitter.com/AoBsBf2WyF

The World Cup-winning captain is a part of India's 16-man squad for the upcoming three-match ODI series, which starts on Saturday.

"I think the way that he's led India under the most extreme cricket scrutiny for a long time has been unbelievable," Finch was quoted as saying by cricket.com.au.

"I think that he's obviously one of the all-time greats of the game. It will be a sad day if he doesn't come back to Australia after this tour, he's a brilliant entertainer and someone that people pay money to come through the gates to watch."

In 2018, Dhoni struggled to get going with the bat but Rohit Sharma, on Thursday, backed the veteran wicket-keeper batsman, saying he will play a pivotal role for India in the World Cup.

"Over the years we have seen what sort of presence he (Dhoni) has in the dressing room and on the field. With him being around, there is a sense of calmness in the group, which is very important, and also a bit of help to the captain because he stands behind the stumps," Rohit said.

MS Dhoni Australia vs India 2018/19 Cricket Australia vs India, 1st ODI
Get the latest updates on India vs South Africa and check out  Schedule, Results and Live Score. Like us on Facebook or follow us on Twitter for more sports updates. You can also download the NDTV Cricket app for Android or iOS.