India vs Australia: Tim Paine Clarifies On Australian Team Being On 'Different Page' In Fourth Test

India posted a mammoth 622 for seven in their first innings of the Sydney Test. 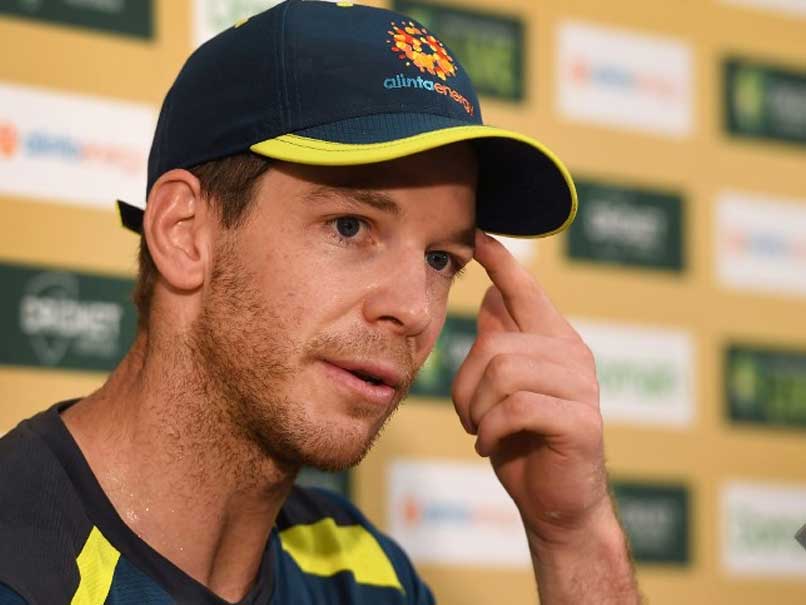 Tim Paine said that his team was not able to execute the plans properly on Day 1.© AFP

Tim Paine, the Australian skipper on Friday denied the reports of any confusion between him and the bowlers in the ongoing Test match against India in Sydney. With the Indian team amassing a mammoth 622 for seven in the first innings - their second highest total on Australian soil - reports came in that the Australian skipper and the pacers were on a different page in terms of planning and executions on the opening day of the Test. Clearing the air on the 'players being on different page', Paine said that his team got it slightly wrong on the opening day against the Indian batsmen and were just not able to execute the plans properly.

"We always have discussions post game but in terms of (people) being on a different page, no," Paine was quoted as saying by cricket.com.au.

"We know all the time, I think we're pretty clear on what we're trying to do. Yesterday afternoon - and to be fair probably the first hour in the morning then the first hour after lunch - we got it slightly wrong.

"It can sometimes look like (people are on different pages) but we know what we're trying to do.

"Sometimes you don't quite execute and teams can get away from you and that's what happened," Paine added.

Earlier, bowling coach David Saker had said that he along with coach Justin Langer had a meeting with the bowlers as the attack looked off-color -- managing only four wickets -- on Day 1. But Paine played down the meeting saying that his team was moving in the same direction.

India ended Day 1 of the fourth Test with 303 runs for the loss of four wickets and dominated the second day as well with the bat declaring their innings on 622 for seven.

Cheteshwar Pujara (193) and Rishabh Pant (159*) scored big centuries as the Australian bowlers displayed a lackluster performance in the first innings.

Sydney Cricket Ground (SCG), Sydney Australia vs India 2018/19 Cricket Australia vs India, 4th Test
Get the latest updates on Fifa Worldcup 2022 and check out  Fifa World Cup Schedule, Stats and Live Cricket Score. Like us on Facebook or follow us on Twitter for more sports updates. You can also download the NDTV Cricket app for Android or iOS.