Justin Langer was appointed the coach of the Australian team after Darren Lehmann stepped down from the position in March 2018. 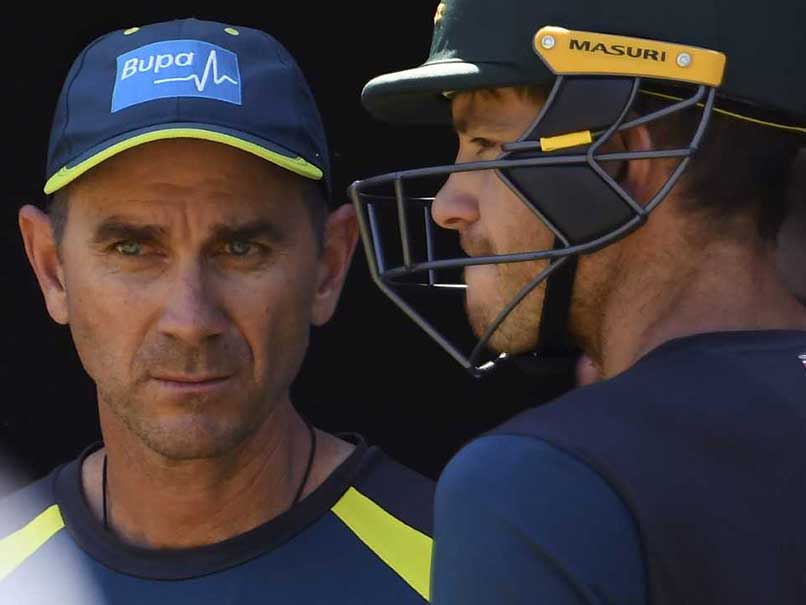 The Australia team has struggled throughout the month-long Test series against India. Already trailing 1-2 in the four-match rubber, hosts Australia were forced a follow-on in the ongoing Sydney Test for the first time in 30 years. Cricket experts along with the media on numerous occasions have questioned and criticised the home team and the coaching staff for their lacklustre performance in the series. But former Australia skipper Ricky Ponting has come out in support of team coach Justin Langer. Ponting admitted that the Australian team has not played well against India but asserted that Langer was the best person to be in charge of the team.

"It's a tough time - the team aren't playing well, the media are pretty hard on all the players and the coaching staff. But one thing I've said since he took the job is that you could not find a better person in the world to be in charge of the Australian cricket team right now," Ponting was quoted as saying by cricket.com.au.

"There might be other opinions out there about that, but I know Justin well. I'm speaking to the players a lot, they're all happy with the environment being created," Ponting added.

Ever since the ban of Steve Smith, David Warner and Cameron Bancroft from international cricket after the infamous ball-tampering controversy, the Australian team has struggled against the top teams.

Ponting also admitted to the fact that the Australian team has been working hard but has failed to get the desired results in the past months.

"They're working hard, and so far they haven't got the results but I think where we've seen Australian cricket over the last seven or eight months, things weren't going to change and turn around immediately.

"But I know they're on the right path, and certainly that's what all the players are saying," Ponting added.

In the second innings, Australia were 6 without loss when play was abandoned due to bad light.

Sydney Cricket Ground (SCG), Sydney Australia vs India 2018/19 Cricket Australia vs India, 4th Test
Get the latest updates on T20 World Cup, check out the T20 World Cup Schedule and Live Score . Like us on Facebook or follow us on Twitter for more sports updates. You can also download the NDTV Cricket app for Android or iOS.