Australia have lost 16 of their past 18 one-day internationals and are desperate to get off on the right foot in Perth. 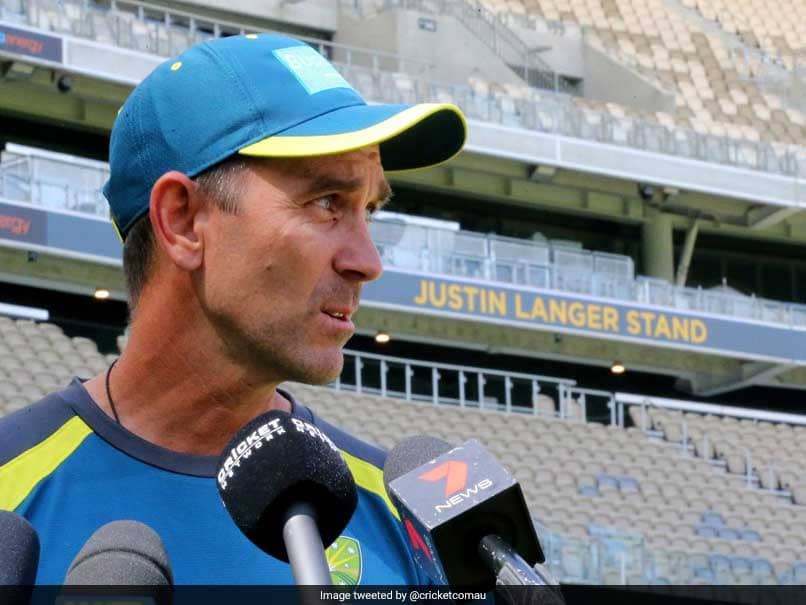 Langer hoped the first game of the summer at home would be a step in winning back fans.© Twitter

Australia coach Justin Langer has pledged to change the win-at-all-costs culture as South African skipper Faf Du Plessis said he expects the sledging to be toned down in their one-day international (ODI) series. "It's sad, isn't it. Everyone seems to be at each other. There's lots of criticism," he said of the atmosphere surrounding Australian cricket. "What we can do is we can prepare well, we can play good cricket, and be entertaining and put on a good show so Australians can start smiling a bit.

Langer, Darren Lehmann's replacement, also pledged to put a smile back into cricket and said he hoped the first game of the summer at home would be a step in winning back fans.

"One thing sport can do and the Australian cricket can do is put smiles on faces rather than everyone throwing stones at each other."

The two sides meet in Perth on Sunday for the first time since the Test series in South Africa this year boiled over with Australian players attempting to alter the ball with sandpaper.

Australia have lost 16 of their past 18 one-day internationals and are desperate to get off on the right foot in Perth, with two more one-dayers and a Twenty20 against the Proteas to follow.

Du Plessis said he expected less verbal banter on Sunday than in the past.

"An Australia-South Africa series is always going to be competitive but I do suspect this series will be a little bit more toned down, especially from the Australian side," he said on Saturday.

Despite Australia being without Smith and Warner and their poor one-day form, Du Plessis said his team won't be taking the home side lightly.

"Whenever you get a chance to play against Australia it feels like you're playing against a very good cricket team," he said.

"When you look at what they've got in their squad at the moment on paper there are some fantastic names there with the ball and with the bat."

Australia skipper Aaron Finch, who has been cleared to play after a scare on Friday when he was struck on the finger by a Mitchell Starc delivery, said he was confident their miserable run of form would end.

"If we can follow our process and do our basics well enough that (winning) will start taking care of itself," he said.

"If you start looking at the end result purely that's when you can make some errors in judgement and fall down that way."