"Was Fascinated By Aeroplanes": Mayank Agarwal Reveals His Childhood Dream

Mayank Agarwal considered cricket as a career option after playing for the Karnataka Ranji Trophy team. 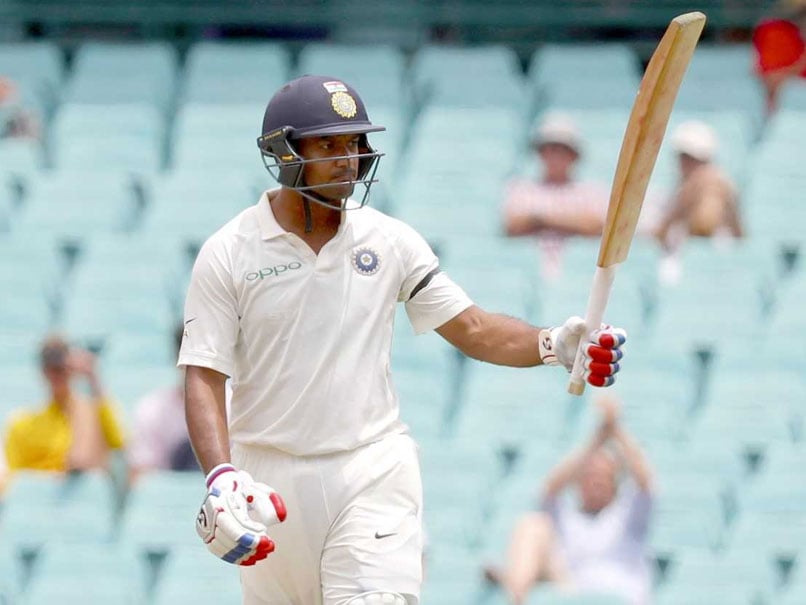 Mayank Agarwal paved way into the Indian Test team after proving his mettle in first-class.© AFP

Mayank Agarwal paved his way into the Indian Test team after proving his mettle in first-class cricket. The 27-year-old Mayank Agarwal while playing for Karnataka Ranji team scored over 3,700 runs at an average of 50.22. He continued his brilliant form in the national team as well, notching up 118 runs in his debut Test. However, Mayank, in an interview to bcci.tv revealed he was fascinated by aeroplanes in his childhood and wanted to become a pilot. He also said that the first time he thought of making a career in cricket was after playing for Karnataka.

"I was fascinated by aeroplanes in my childhood. So, it was like I wanted to study science and then become a pilot," Mayank said.

"When I played for Karnataka later then I thought, can do this as well. I never said will only play cricket or will not play. My parents supported me a lot, they always asked me to keep my options open," he added.

From fascination for aeroplanes to playing for India, @mayankcricket on his journey to earn the Test whites

The Bangalore-born batsman also said the Indian team head coach Ravi Shastri had told him to be prepared for the debut. He also added that he was left blank for the initial few seconds when he heard about the news.

"Ravi sir told me that 'you got to be prepared. You got to get a game'. At that moment, I was quiet for those two to five seconds and then just got this thought in my head that this is what you're waiting for."

Mayank scored his second half-century of the Test in the ongoing match against Australia. He also bettered his previous best by scoring 77 runs while opening for the visitors.

Australia Cricket Team Australia vs India 2018/19 Mayank Agarwal Cricket
Get the latest updates on T20 World Cup, check out the T20 World Cup Schedule and Live Score . Like us on Facebook or follow us on Twitter for more sports updates. You can also download the NDTV Cricket app for Android or iOS.