Mayank Agarwal scored 76 runs on his Test debut for India before he was dismissed by Pat Cummins. 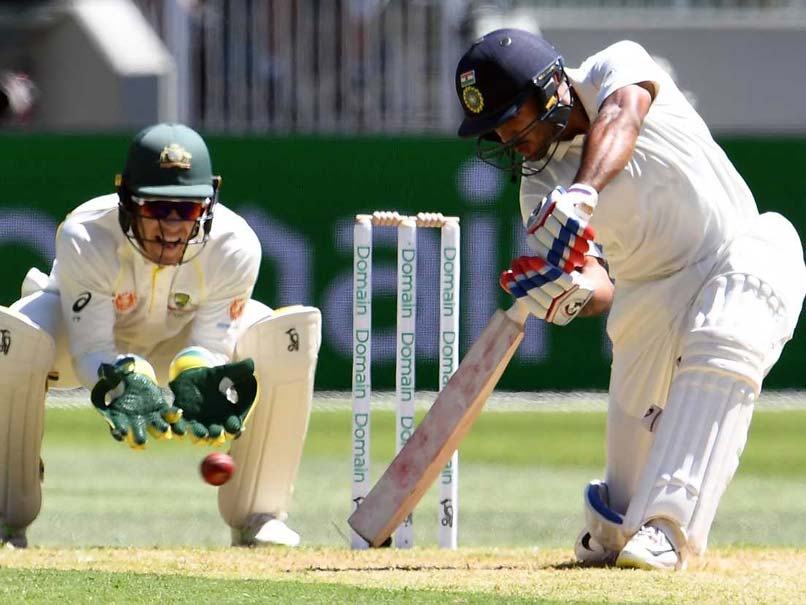 Mayank Agarwal became the highest run scorer on debut for India in Australia when he registered a knock of 76 runs at the end of Day 1 of the third Test at Melbourne. But he was not satisfied with his knock and said that he wanted to remain unbeaten till the end of the day. The 27-year-old also said that it was very special to debut at the Melbourne Cricket Ground (MCG). "See, I'm happy but obviously, I would have liked more. I would definitely take a 76 but then I would have like to go on, score runs and stay not out at the end of the day," Agarwal said during the press conference after the day's play.

"It was a tremendous feeling to get the cap, I had a lot of feelings when I got the cap, it's something I will cherish for the rest of my life.

"It's very special to debut at MCG," the Bangalore-born player added.

Agarwal, who has an exceptional first-class record, including a triple-century, also said that playing Ranji Trophy for a long time has only helped him grow as a player.

"Every player has to go through getting runs in the Ranji Trophy and I have done it. I'm happy about it. I have also learnt a lot from it, playing 5 years in Ranji and playing in every parts of India," Agarwal said.

Australia could only manage to pick two wickets at stumps on Day 1. Despite that, Agarwal said that the hosts bowled well and did not give away too many loose balls.

"I thought, they bowled really well, didn't gave too many loose balls. But with the way they bowled, I think we played well," Agarwal said.

India will resume Day 2 of the third Test with Cheteshwar Pujara (68 not out) and Virat Kohli (47 not out) at the crease.

Australia Cricket Team Australia vs India 2018/19 Mayank Agarwal Cricket
Get the latest updates on ICC Women's Cricket World Cup 2022 and IPL 2022, check out the Schedule , Live Score and IPL Points Table. Like us on Facebook or follow us on Twitter for more sports updates. You can also download the NDTV Cricket app for Android or iOS.