MS Dhoni was seen interacting with junior players during a net session. 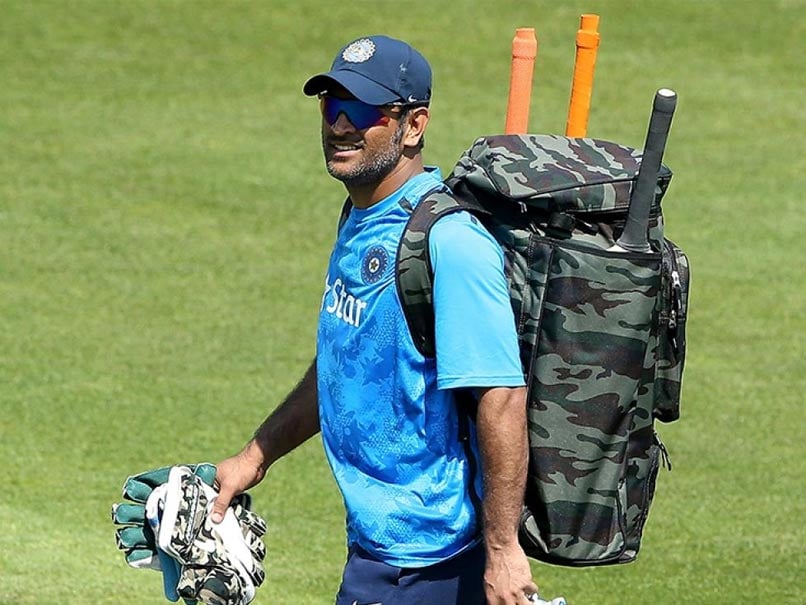 MS Dhoni had stepped down as ODI and T20I captain in January 2017.© BCCI

Despite handing over the captaincy baton to Virat Kohli a while ago, Mahendra Singh Dhoni is often seen instructing the Indian side during a match. Not just Virat Kohli, other members of the team too consider MS Dhoni their mentor. Ahead of the India's Asia Cup 2018 opening match against Hong Kong, Dhoni was seen mentoring the youngsters during a net session. He took the responsibility in the absence of head coach Ravi Shastri. Shastri and the rest of the support staff are yet to reach the UAE which prompted Dhoni to take up the role a mentor.

The bowlers got a brief pep talk from Dhoni, the 2011 World Cup winning captain before the 37-year-old hit the nets.

The 2011 World Cup winning captain Dhoni last featured in the limited-overs leg of the recently-concluded series between India and England.

Jasprit Bumrah Asia Cup 2018 Cricket
Get the latest updates on ICC T20 Worldcup 2022 and CWG 2022 check out the Schedule, Live Score and Medals Tally. Like us on Facebook or follow us on Twitter for more sports updates. You can also download the NDTV Cricket app for Android or iOS.