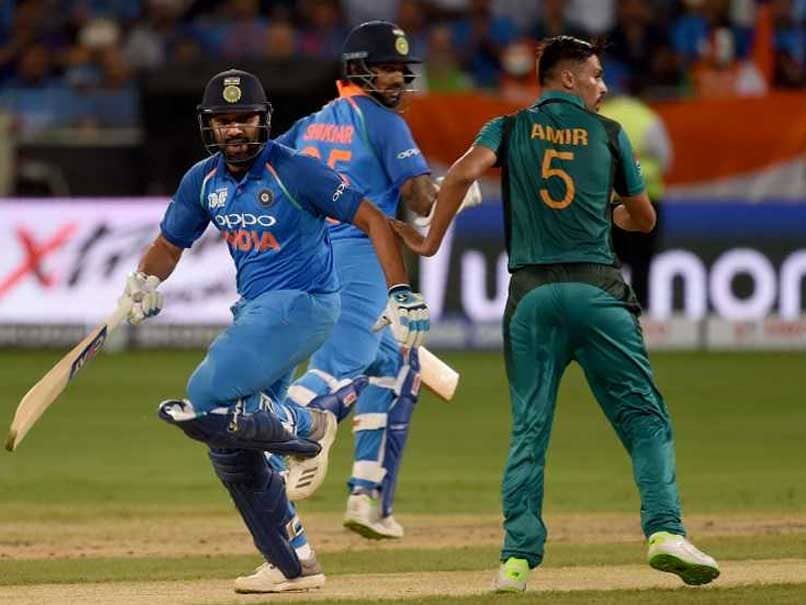 Openers Rohit Sharma, Shikhar Dhawan starred with the bat as India defeated arch-rivals Pakistan by a massive nine-wicket in the Super Four clash of the Asia Cup 2018 at the Dubai International cricket stadium on Sunday. India, thus won both the clashes against Pakistan, the first one coming in the group stage. In the chase, Rohit Sharma and Shikhar Dhawan both notched up a century each to impose dominance on Pakistan from the onset of the match. The Indian cricket team skipper Rohit scored his 19th One-Day International (ODI) ton while Shikhar smashed his 15th century. The duo, was also involved in 210 runs opening wicket stand, which is the highest in the ongoing Asia Cup. For Pakistan, skipper Sarfraz Ahmed used six bowlers but none of them executed a match-winning performance. (HIGHLIGHTS)

Earlier, India bowlers displayed a disciplined attack to restrict Pakistan to 237/7. Spin twins Kuldeep Yadav and Yuzvendra Chahal scalped two wickets each while pacer Jasprit Bumrah (2/29) displayed brilliant bowling in the death overs. For Pakistan, veteran all-rounder Shoaib Malik (78) played a well-composed innings to help his side reach a decent total. Malik's 90-ball knock was laced with four boundaries and two hits over the fence. Opting to bat first, Imam-ul-Haq (10) was sent back by Yuzvendra Chahal early. Fellow opener Fakhar Zaman (31), on the other hand, got off to a good start but failed to convert it into a big score. Unperturbed by the dismissal, Malik along with skipper Sarfraz Ahmed (44) forged a 107-run for the fourth wicket. Later, Asif Ali (30) off 21 balls played a brilliant cameo knock to contribute crucial runs in the middle-order for Pakistan.

Sarfraz Ahmed Shoaib Malik Asia Cup 2018 India vs Pakistan, Super Four - Match 3 Cricket Live Score Live Cricket Score Live Blogs
Get the latest updates on IPL 2020, check out the IPL Schedule for 2020 and Indian Premier League (IPL) Cricket live score . Like us on Facebook or follow us on Twitter for more sports updates. You can also download the NDTV Cricket app for Android or iOS.