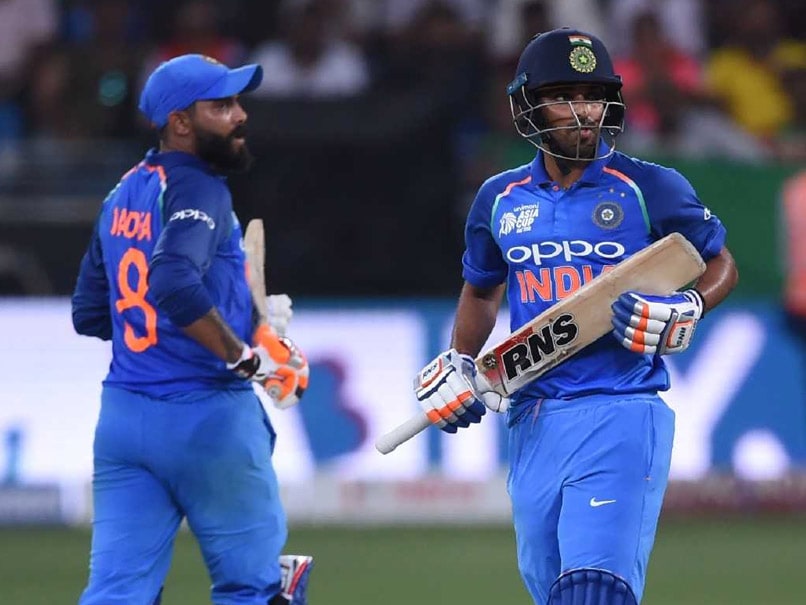 India beat a spirited Bangladesh by three wickets in a last-ball finish of the final in Dubai on Friday to retain the Asia Cup. Liton Das scored a maiden one-day international hundred as Bangladesh were bowled out for 222 in 48.3 overs before India survived a middle order slump to chase down the target for the loss of seven wickets in 50 overs at Dubai stadium. Skipper Rohit Sharma top-scored with 48 while Dinesh Karthik made 37 and Mahendra Singh Dhoni scored 36. This is India's seventh Asia Cup win in 14 events. (HIGHLIGHTS) (Play fantasy league and win cash daily)

Earlier, a disciplined bowling along with some exceptional fielding in the middle overs helped India bundle out Bangladesh for 222 in 48.3 overs in the 2018 Asia Cup final in Dubai. Opener Liton Das' brilliant century (121 off 117 balls) was the only bright spot for Bangladesh as they suffered a collapse after a whirlwind start. Indian skipper Rohit Sharma, after winning the toss, invited Bangladesh to bat on a track that favoured the batsmen. Openers Liton Das and Mehidy Hasan provided their team with a flying start, sharing a 120-run stand. But soon after Hasan's dismissal, the middle-order crumbled for Bangladesh. Imrul Kayes (2), Mushfiqur Rahim (5), Mohammad Mithun (2) and Mahmudullah (4) departed in quick succession leaving Bangladesh in trouble. With 120-0 at one stage, Bangladesh lost five wickets for 31 runs. Three crucial run outs and six wickets by the spinners jolted Bangladesh's hopes of a high score against the defending champions in the final. Soumya Sarkar played a gritty knock of 33 runs towards the end but wickets at regular intervals restricted Bangladesh to a below par score. Kuldeep Yadav was the most successful bowler for India, taking three wickets. Kedar Jadhav took two wickets while Yuzvendra Chahal and Jasprit Bumrah picked up a wicket apiece.

Mashrafe Mortaza Asia Cup 2018 Cricket India vs Bangladesh, Final Live Score Live Cricket Score Live Blogs
Get the latest updates on ICC Women's Cricket World Cup 2022 and IPL 2022, check out the Schedule , Live Score and IPL Points Table. Like us on Facebook or follow us on Twitter for more sports updates. You can also download the NDTV Cricket app for Android or iOS.