Asia Cup 2018: Champions Trophy Win In The Past, Sarfraz Ahmed Now Focussed On Momentum Ahead Of Next India Clash

India and Pakistan will clash on September 19 in the fifth match of the tournament. 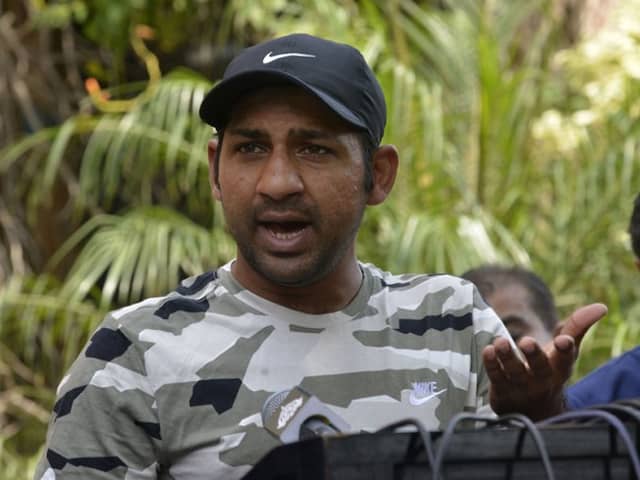 Pakistan will be up against Hong Kong in their opening match of the tournament on September 16.© AFP

Pakistan, one of the prime contenders of the 2018 Asia Cup, departed on Monday for the United Arab Emirates (UAE) for the upcoming tournament. Ahead of the departure, skipper Sarfraz Ahmed expressed happiness about his team's preparedness for the tournament. Pakistan are set to clash against arch-rivals India in their second game and Sarfraz said that the encounter between the two nations will be crucial in deciding the eventual winner of the tournament. The matches between both the teams being a rarity in the recent years, Sarfraz asserted that the Champions Trophy win (18 months back) has to be kept in the past and the team is looking forward to performing well in the tournament right from the start.

"That match is in the past. It was almost one-and-a-half years ago. So I don't think we should consider it that much. All professional teams put the past behind and look forward. Both teams will do the same," Sarfraz was quoted by icc-cricket.com as saying.

Pakistan will be up against Hong Kong in their opening match of the tournament on September 16. Sarfraz mentioned that momentum will be important factor going into the match against India and win against Hong Kong will certainly boost the morale of his team before the encounter with the India.

"Every match against India is extremely important," Sarfraz said. "Momentum is very important, so we'll try to generate momentum in the first game and go into the fixture against India thoroughly prepared."

With Virat Kohli being rested for the Asia Cup, India will go into the tournament under the leadership of Rohit Sharma. The tournament is scheduled to run from September 15 to 28 in Abu Dhabi and Dubai. India and Pakistan are set to clash on September 19.

Sarfraz Ahmed India vs Pakistan, Match 5 Cricket
Get the latest Cricket news, check out the India cricket schedule, Cricket live score . Like us on Facebook or follow us on Twitter for more sports updates. You can also download the NDTV Cricket app for Android or iOS.