Shakib Al Hasan had missed the virtual Asia Cup 2018 semi-final against Pakistan after he complained of a fresh pain in an injured finger. 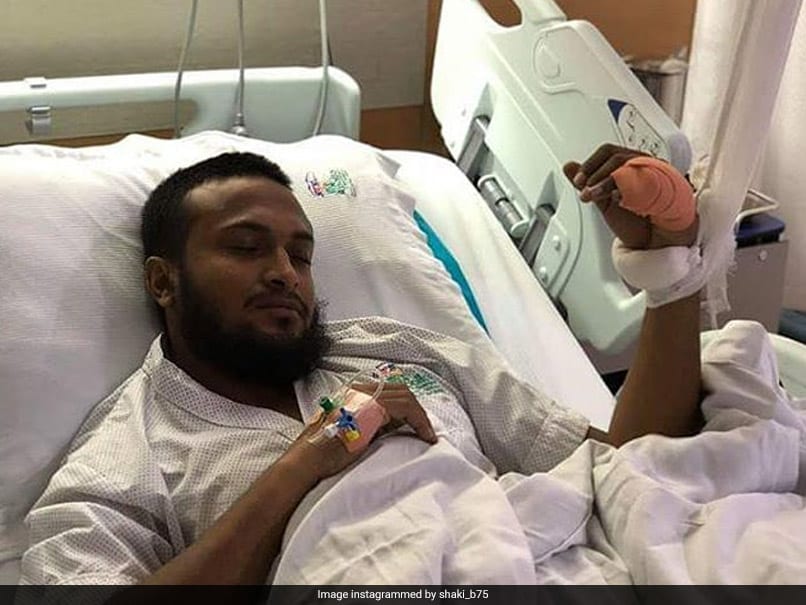 Veteran Bangladesh all-rounder Shakib Al Hasan underwent surgery on his little finger of his left hand after returning home. The 31-year-old Shakib, who was ruled out of the Asia Cup 2018 with the injury, on Friday took to Instagram and notified about his present condition. Shakib said there was an abnormal swelling and acute pain on his infected hand. "When I was returning home, from the side of the hand, I did not realize that there would be such a bad situation," Shakib said.

"After coming to the country, due to acute pain and abnormal swelling of the hand, there was a surgery done by a hospital quickly. Infections within the fingers are 60-70 cm. Had to get out of the pus," Shakib added.

Shakib had earlier missed the virtual semi-final against Pakistan after he complained of a fresh pain in an injured finger.

He had hurt his left little finger during the One-day International (ODI) series against Sri Lanka in January and missed the subsequent Test and Twenty20 series.

He returned to the team for the Nidahas Trophy in Sri Lanka in March and has continued playing since then. Shakib wanted to have a surgery before the Asia Cup for a complete recovery from the injury, but the Bangladesh Cricket Board (BCB) insisted on him playing in the Asia Cup.

The all-rounder played the team's first four matches of the tournament, scoring 49 runs and picking up seven wickets.