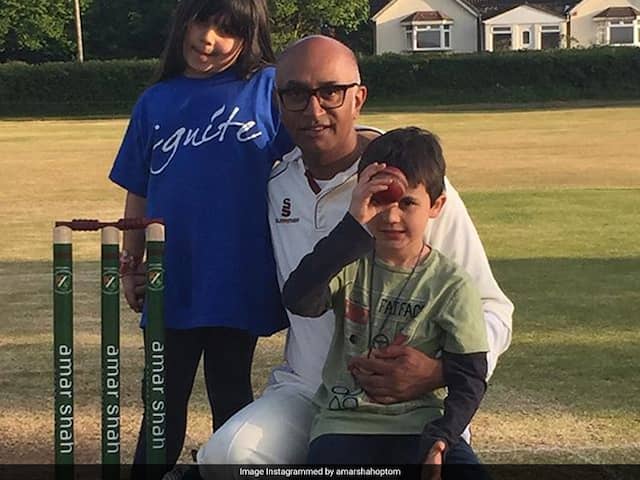 England's bespectacled hero Jack Leach kept his vision crystal clear to remain unbeaten after facing 17 deliveries and help Ben Stokes guide the hosts to a historic Ashes Test victory at Headingley. England's No. 11 Jack Leach became a celebrated cricketer overnight with his glasses gaining a lot of attention. According to Bristol Live, Amar Shah, Jack Leach's Bristol-based optometrist, followed England's late surge to save the Ashes urn on his phone while holidaying in Spain. But he was left with only one regret after realising the amount of spotlight Jack Leach's glasses were gaining.

"When I watched the highlights back I saw that they kept showing him cleaning his glasses. I thought to myself, That's my little cleaning wipe - I should have made the logo bigger so people could see it," Amar Shah told Bristol Live.

According to the report, Amar Shah practices in Cotham Hill in Bristol. He has worked with British Olympic team, England Rugby, Arsenal, England Cricket and first Gloucestershire County Cricket.

He first treated Jack Leach four year ago when he began working with the Somerset cricket team.

Ashes 2019 sponsors Specsavers might have agreed to give Jack Leach free glasses for life after a request from Ben Stokes but Amar Shah believes it was his efforts which made all the difference in the beginning.

England Cricket Team The Ashes 2019 Cricket
Get the latest Cricket news, check out the India cricket schedule, Cricket live score . Like us on Facebook or follow us on Twitter for more sports updates. You can also download the NDTV Cricket app for Android or iOS.