Steve Smith starred with the bat as Australia beat the Windies by seven wickets in an unofficial World Cup warm-up match. 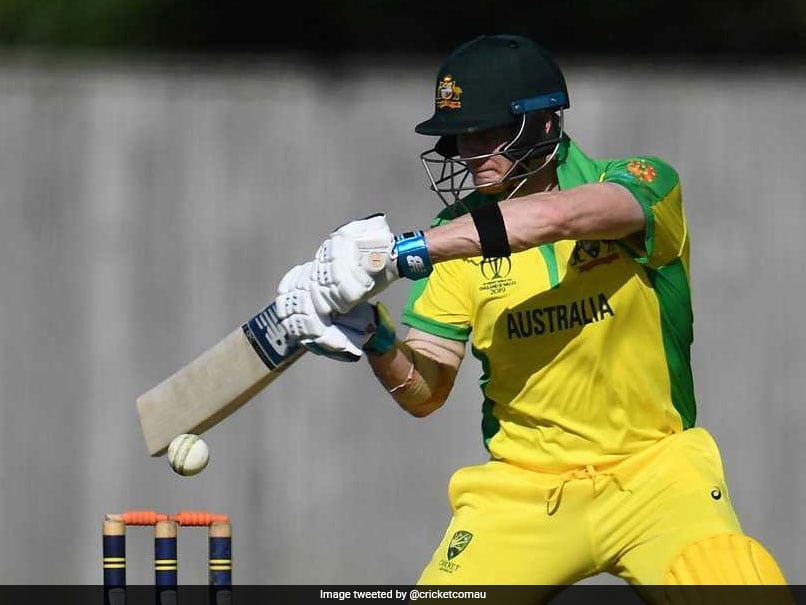 Australia's Steve Smith was back in the groove on Wednesday with 76 on his return to cricket in England, but team-mate Usman Khawaja suffered an injury scare during the unofficial World Cup warm-up match against the Windies. Steve Smith and David Warner returned to international duty earlier this month after completing one-year international bans for their roles in a ball-tampering scandal in South Africa. Both top-order batsmen took part in three warm-up matches at home to a New Zealand XI, but Wednesday's hastily arranged match in Southampton was their first in England since completing their suspensions.

Wednesday's match saw Steve Smith lead the way as he guided Australia to a modest target of 230 in a seven-wicket win for the reigning world champions.

But there were two concerning moments for the Aussies, whose World Cup 2019 campaign starts against Afghanistan in Bristol on June 1.

Khawaja lasted just two overs before he was struck on the jaw by an Andre Russell bouncer and retired hurt following on-field treatment.

He was later sent to hospital for a precautionary X-ray.

Warner, who replaced Khawaja at the crease, had made just 12 when was undone by a fearsome bouncer from Oshane Thomas that he could only fend to the wicket-keeper.

Earlier, Evin Lewis and Carlos Brathwaite made fifties for the West Indies.

The lack of advance notice meant there were only a handful of spectators watching a match played on the Nursery Ground at Hampshire's headquarters.

With Australia in England for both the World Cup and a subsequent Ashes series, concerns have been expressed over possible barracking that Steve Smith and David Warner might receive from partisan crowds.

That was not an issue on Wednesday -- although they could get a more hostile reception when Australia play England in a World Cup warm-up in Southampton on Saturday.

Meanwhile, a big sigh of relief for Australia was that Khawaja has been declared fit for their next warmup match against hosts England.

David Warner Usman Khawaja Oshane Thomas World Cup 2019 Cricket
Get the latest updates on Fifa Worldcup 2022 and check out  Fifa World Cup Schedule, Stats and Live Cricket Score. Like us on Facebook or follow us on Twitter for more sports updates. You can also download the NDTV Cricket app for Android or iOS.