Pakistan have had some poor outings ahead of World Cup 2019 and will be looking for redemption against the West Indies. 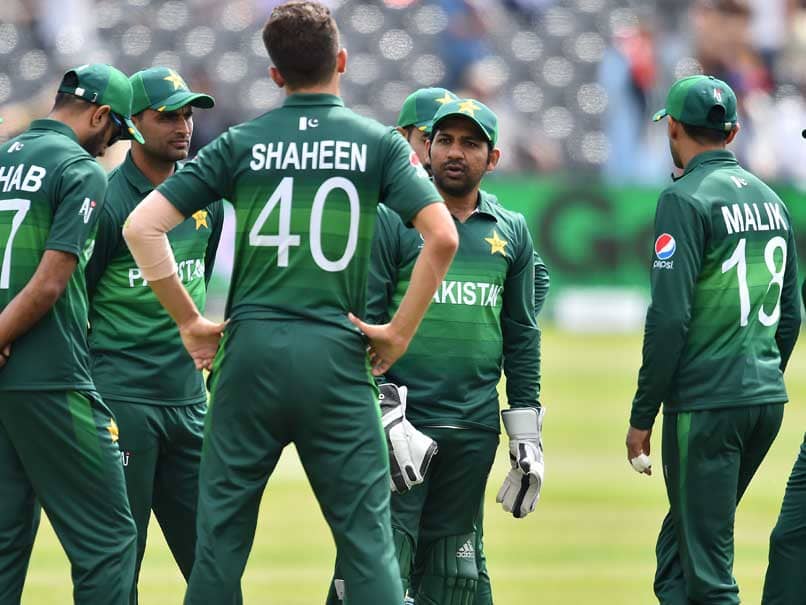 Pakistan will look to draw inspiration from their Champions Trophy 2017 triumph.© AFP

Pakistan, led by Sarfraz Ahmed, will look to draw inspiration from their Champions Trophy 2017 triumph and begin their World Cup 2019 on a positive note against a power-hitting West Indies side at the Trent Bridge in Nottingham on Friday. Pakistan were beaten by minnows Afghanistan in the warm-up game, while the Windies showed intent by scoring over 400 runs in the warm-up game against New Zealand. If Pakistan have a mix of experience and young talent in their ranks, Windies have power-hitters who can upset any opposition on a given day.

Pakistan have lost their past ten One-day Internationals (ODI) including a 5-0 whitewash by Australia and 4-0 thumping by England and their problems were further compounded when they went down to outsiders Afghanistan by three wickets in a warm-up match.

But skipper Sarfraz Ahmed hopes his side will draw inspiration from when they were in a similar position in 2017.

Pakistan had lost 4-1 in Australia before the tournament and arch-rivals India whipped them by 124 runs in the opening game of the Trophy.

But Pakistan then beat South Africa, Sri Lanka and England on their way to the final, where they thumped India by 180 runs.

Sarfraz will also hope his spearhead Mohammad Amir -- playing his first World Cup after missing the 2011 and 2015 editions due to a spot-fixing ban -- will dismantle the West Indies top order boasting hard-hitting opener Chris Gayle and the impressive Shai Hope.

Amir's form will be crucial for Pakistan -- he has taken just five wickets in 15 matches since his match-winning three wickets against India in the Champions Trophy final.

Pakistan have only won three times in 10 World Cup matches against the two-time world champions, including a thumping 150-run loss at Christchurch in 2015.

Andre Russell smashed a 13-ball 42 with four sixes and then took three wickets as Pakistan were blown away.

Russell smashed 54 off 25 balls and Hope hit a century to propel the West Indies to 421 in their warm-up win against New Zealand on Tuesday.

That prompted all-rounder Carlos Brathwaite to say his team can break the 500-barrier.

Windies are also returning to form after sneaking their way into the World Cup through a qualifying round in Zimbabwe last year.

They squared a one-day series against top-ranked side and pre-tournament favourites England 2-2 at home earlier this year before losing the final of a tri-series to Bangladesh in Ireland.

Sarfaraz Ahmed Cricket
Get the latest updates on India vs Australia Series, check out the India vs Australia Schedule for 2020-21 and Ind vs Aus live score . Like us on Facebook or follow us on Twitter for more sports updates. You can also download the NDTV Cricket app for Android or iOS.