"Will Take Every World Cup Match As India vs Pakistan": Sarfraz Ahmed

India and Pakistan will cross swords on June 16 in the World Cup 2019. 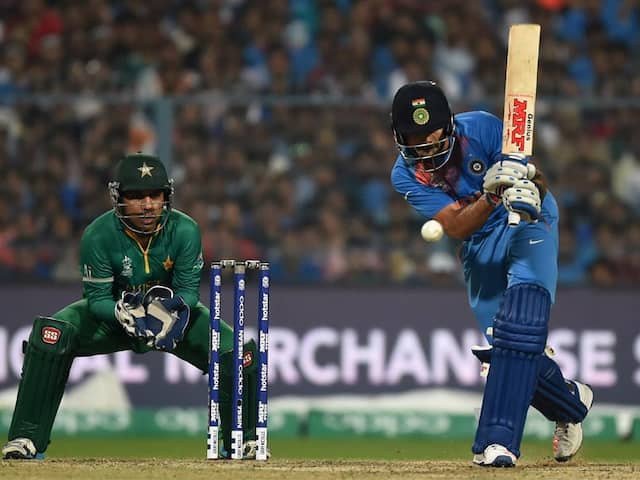 India vs Pakistan clash is the heart of any ICC tournament.© AFP

India vs Pakistan clash is the heart of any International Cricket Council (ICC) tournament due to its high-voltage drama and crowd pulling ability alike. The arch-rivals also take the clash with utmost importance with their nations' pride at stake. India and Pakistan will cross swords on June 16 in the World Cup 2019 and Sarfraz Ahmed believes his side has an upper hand against the nemesis. The Pakistan skipper, highlighting the importance of the clash said, "his side will take every match as a match against India".

"For us all nine matches are important so we will take every match as a match against India," Sarfraz said of Pakistan's bitter rivals -- who have won all six of their previous World Cup clashes.

"We have beaten India in a bigger event recently so we will have that advantage," he added.

Sarfraz also said being underdogs in the marquee tournament eases the pressure on his young team, who leave for the tournament this week.

Pakistan will play three warm-up matches before taking on joint-hosts England in a five-match one-day series and a Twenty20.

The 1992 World Cup winners start their campaign against the West Indies in Nottingham on May 31.

Sarfraz he would prefer his side to go into the tournament under the radar.

"Look, when we go as favourites, then it's a problem, but if we go as underdogs then other teams feel the danger, so I think being underdogs is good for us and eases the pressure," Sarfraz told a press conference in Lahore before they depart for England and Wales on Tuesday.

Sarfraz was among five key players rested for the whitewash ODI series defeat by Australia last month to freshen up the squad before the competition.

Sarfraz Ahmed World Cup 2019 Cricket
Get the latest Cricket news, check out the India cricket schedule, Cricket live score . Like us on Facebook or follow us on Twitter for more sports updates. You can also download the NDTV Cricket app for Android or iOS.