Team Profile, India: Virat Kohli Leads Crack Outfit That Is One Of The Favourites For The Trophy

Team India skipper Virat Kohli would be extremely keen to add this coveted trophy to his cupboard. 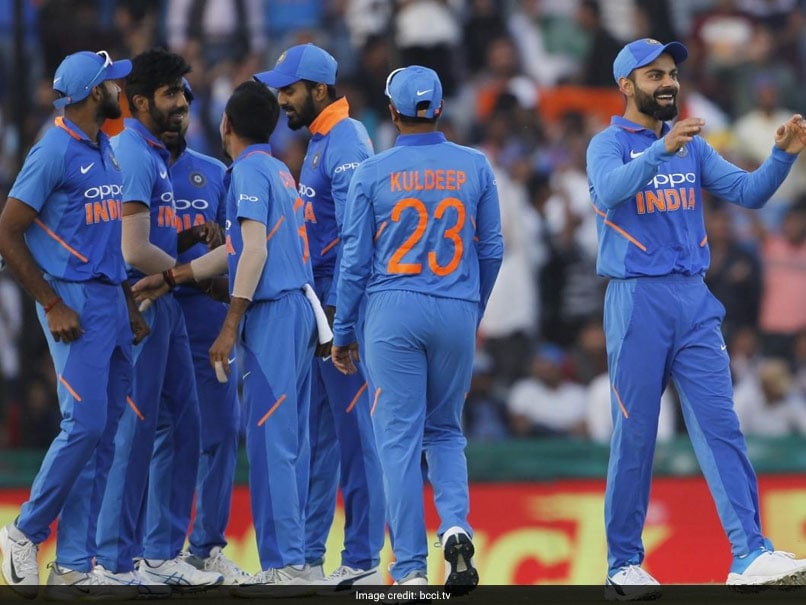 India have been World Cup champions on two occasions.© AFP

India have been World Cup champions on two occasions - the famous 1983 win, when they were rank outsiders and the title in 2011, when MS Dhoni led India to almost an inevitable crown. India were runners-up in 2003 and made the semi-finals in 1987, 1996, and 2015. As for the World Cup 2019, India are being carded as one of the favourites to pick up the trophy.

Rohit had a brilliant 2015 World Cup, where he scored 330 runs at an average of 47.14, his highest score of 137 coming against Bangladesh in the quarter-final.

Dhawan had an impressive 2015 World Cup, scoring 412 runs at an average of 51.5, his highest score being 137 against South Africa.

Rahul is known more for his skills in Test cricket and he has been in and out of the ODI squad since his debut against Zimbabwe in 2016 where he scored a century. He has 343 runs in 14 games with an average of 34.3, striking at 80.89.

Shankar made his ODI debut in January 2018 against Australia. While he hasn't done anything of note on the international front, his form in the IPL has been very good, with 452 runs in 26 matches, averaging 34.76 with a strike rate of 134.52. His best score is 63 came against Gujarat Lions.

Dhoni is the most experienced member of this squad, with this being his 4th World Cup, which he famously won in 2011.

Making a surprise comeback, Karthik brings with him a wealth of experience of a career that spans 15 years. His recent form has brought him into contention, with an average of 58.75 striking at 70.905 in the 17/18 season while his strike rate increased to 86.12 subsequently.

Making his debut in 2016 against Zimbabwe, Chahal's rise through the ranks has been meteoric, with 72 wickets in 41 ODIs at an economy rate of 4.89. His best figures are 6-42 against Australia on January 18 this year.

The young chinaman bowler has been amazing for India since he made his ODI debut against the West Indies in 2017. He has 87 wickets in 44 matches, with an economy rate of 4.93. His best spell is 6-25 against England at July 12, 2018, helping India win by eight wickets with nine overs to spare.

Bhuvneshwar has been on very good form for quite a while. He took 29 wickets at games in the previous season, with an economy rate of 5.01, his personal best of 5-42 against Sri Lanka coming in September 2017. His 18-19 season saw him do just as well, with 28 wickets at an economy of 4.97.

Bhuvneshwar Kumar played only one game in the 2015 World Cup, against the UAE.

While Jadeja can certainly be reliable with the bat, his contributions in ODIs in the recent past have been more with the ball. He has taken 27 wickets in the past 25 games, with an economy rate of 4.91, with his best figures being 4-29 against Bangladesh in September 2018.

Jadeja was part of the 2015 World Cup squad, taking nine wickets in eight games at an economy of 5.35.

Bumrah has become India's strike bowler, since he made the squad against Australia on January 2016. He has 85 wickets in 49 games with an economy of 4.51, with a personal best of 5-27 against Sri Lanka at August 2017.

This will be Jasprit Bumrah's first World Cup.

Virat Kohli World Cup 2019 Cricket
Get the latest updates on Fifa Worldcup 2022 and check out  Fifa World Cup Schedule, Stats and Live Cricket Score. Like us on Facebook or follow us on Twitter for more sports updates. You can also download the NDTV Cricket app for Android or iOS.