Jofra Archer also revealed the name of the most difficult batsman he had bowled to in IPL 2019. 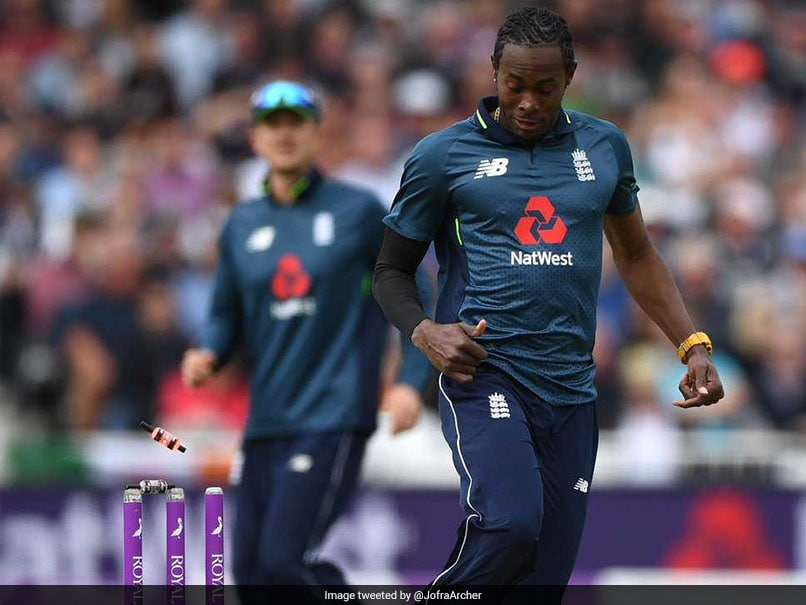 Jofra Archer was included in hosts England squad for the World Cup 2019.© Twitter

Archer, who was on Tuesday included in hosts England squad for the World Cup 2019, said along with Kohli's wicket, he is also targetting veteran Windies batsman Chris Gayle's scalp.

"I'd quite like to get Virat Kohli out because I wasn't able to in the IPL," Archer told Sky Sports.

And for his lack of England experience, Archer believes the time he has spent in the IPL has been good preparation for handling pressure of a World Cup.

"I think I probably have a bigger advantage over some of the other guys in our team," he said.

"We play (these guys) twice a (season) in the IPL, so you know their weaknesses, you know their strengths, you know if they can't run between the wickets... it gets you an extra bit of inside information."

He added: "To be honest, I think international cricket is probably the same intensity as the IPL. I think the only thing that changes is the amount of overs (the IPL is a Twenty20 competition)."

With this year's 10-team 50-over World Cup an all-play-all affair in the group phase, England are set to face Windies at Southampton on June 14 and India at Edgbaston on June 30.

But for all the threat posed by the likes of Gayle and Kohli, Archer was in no doubt about the most difficult batsman he had bowled at -- Rajasthan Royals and England teammate Jos Buttler.

Virat Kohli World Cup 2019 Cricket
Get the latest updates on IPL Auction 2023 and check out  IPL 2023 and Live Cricket Score. Like us on Facebook or follow us on Twitter for more sports updates. You can also download the NDTV Cricket app for Android or iOS.