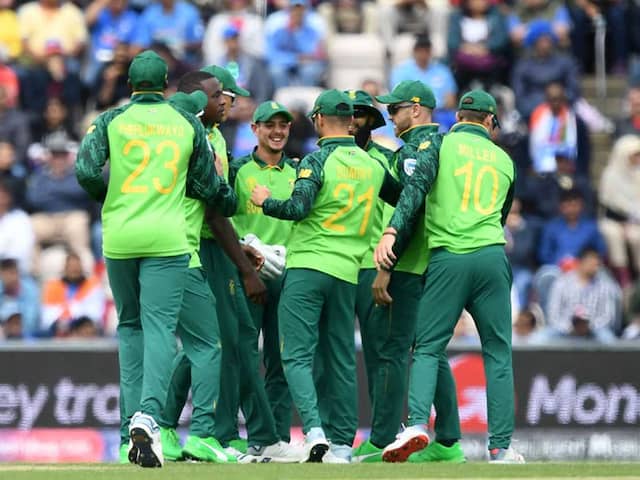 South Africa, minus the services of their premier fast bowlers Dale Steyn and Lungi Ngidi, will face a powerful West Indies side in a must-win World Cup 2019 clash for the former at The Rose Bowl in Southampton on Monday. South Africa, who have made the worst possible start at the World Cup, losing three matches on the trot, need to win their last six matches in the round-robin format to have any chance of reaching the semi-finals. However, it will be a huge ask for South Africa as the West Indies have shown intent with the bat and ball in their previous two matches.

So far, nothing has been going South Africa's way as pacer Dale Steyn has been ruled out due to injury while Lungi Ngidi is also unfit for the game on Monday.

South Africa have plenty to discuss about their inconsistent performances with the bat and their openers - Quinton de Kock and Hashim Amla will have to surely fire against the Windies.

However, their middle-order looks decent and the lower order has also chipped in with runs. The Proteas now need to play fearless and attacking cricket.

Meanwhile, the West Indies will look to rise up from their narrow defeat to Australia, a game which was under their control.

While their aggressive opening bowling in the first two matches have impressed everyone and if it happens again, it could be another threat for the Proteas as their openers have failed to fire. It was poor shot selection by the Carribean batsmen in their run-chase against Australia, which cost them the match.

However, having won their opening fixture and pushing closer to victory against Australia, they will be the favourites in Monday's game. South Africa, however, have a 4-2 advantage over the West Indies in World Cup games.

West Indies Cricket Team World Cup 2019 Cricket
Get the latest Cricket news, check out the India cricket schedule, Cricket live score . Like us on Facebook or follow us on Twitter for more sports updates. You can also download the NDTV Cricket app for Android or iOS.