South Africa have lost all three of their World Cup 2019 league matches so far. 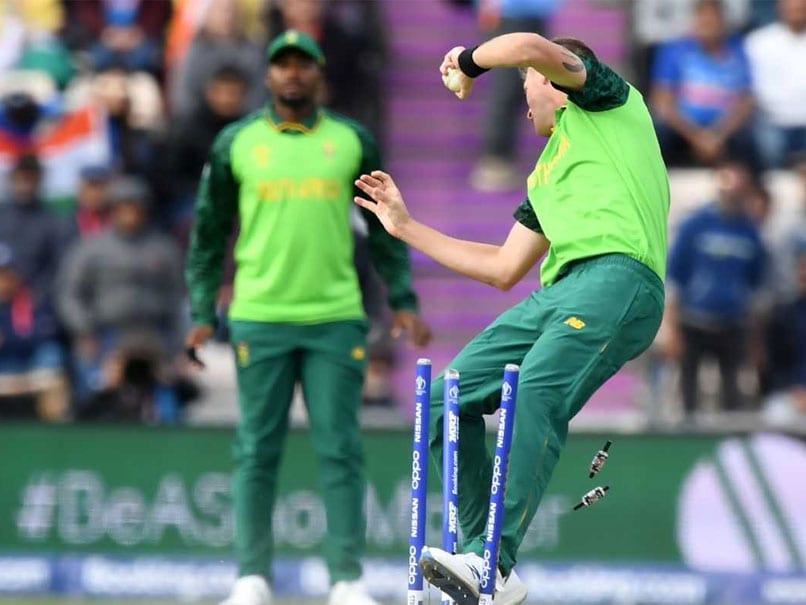 Pushed into a corner after losing three successive games against hosts England, Bangladesh and now India, the South Africans are disheartened and angry as they face a scenario where they need to win at least five of the six remaining games in order to be in contention for a semi-final spot. South African all-rounder Chris Morris, who was part of the losing team against India, reflected this in the post-match wrap. "The guys are very disappointed and a bit angry, which they are allowed to be. We will sort that out in our heads tonight and when the sun comes up tomorrow we will go back to the drawing board and take on our next opponent," said Morris.

He himself was disappointed and frustrated and was sarcastic when asked to list South Africa's problems.

"Well, if I had the answer I would be the head coach of the national side," was his response.

On a more serious note, he said, "It is pretty simple. The next game. Win the next six and crack on."

Electing to bat under overcast conditions, South Africa managed 227 for nine, a target which was overhauled by India in 47.3 overs for a convincing six-wicket win.

Faf du Plessis' decision to bat in seamer-friendly conditions surprised all and sundry but Morris didn't want to debate the larger implications of such a decision.

"End of the day, I don't look at the pitch to be very honest. Whatever Faf makes in terms of the call and what we do first, that is the decision that is for the powers that be. I look at the pitch and it doesn't matter what it looks like, I still have to bowl in the same areas. The pitch played tough for almost all 100 overs, but it doesn't make a difference to what we did first. It was a good cricket wicket," Morris said.

He was not originally a part of the squad and after being included as a replacement, his was the best performance (42 runs and MS Dhoni's wicket) for the Proteas on the day.

However, when asked about his performance, Morris said that he would have been happy to fail provided the team won.

"Yeah, look, like I say, at the end of the day, I could get out and go for a hundred and we win it, that's all that matters to me. It's nice to bowl well and nice to get some runs at the end, but like I said overall a lot of disappointment," he said.

The Rose Bowl, Southampton World Cup 2019 India vs South Africa, Match 11 Cricket
Get the latest updates on ICC T20 Worldcup 2022 and CWG 2022 check out the Schedule, Live Score and Medals Tally. Like us on Facebook or follow us on Twitter for more sports updates. You can also download the NDTV Cricket app for Android or iOS.