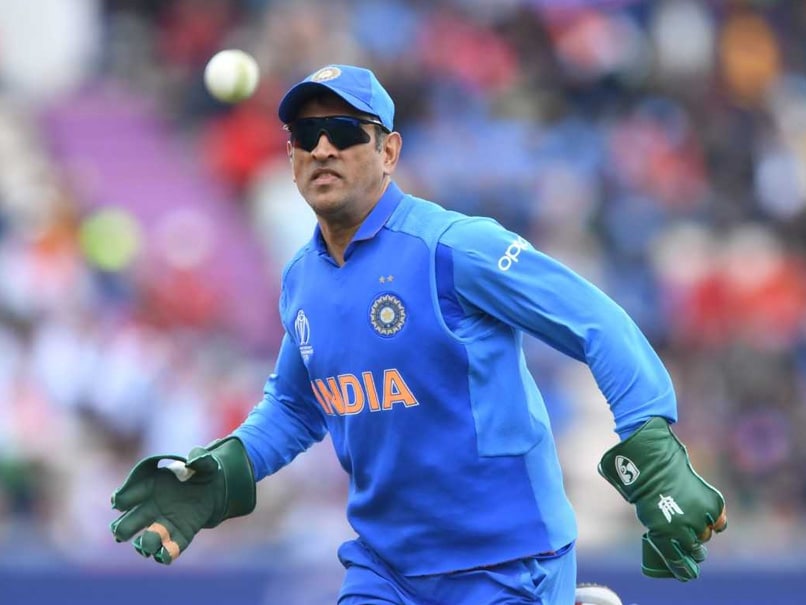 MS Dhoni, who led India to their second World Cup triumph in 2011, impressed fans by sporting wicket-keeping gloves with Indian Army's "Balidan" (sacrifice) badge on it during India's World Cup 2019 opening match against South Africa in Southampton on Wednesday. Having stumped Andile Phehlukwayo and scoring 34 runs, MS Dhoni displayed the best of his skills in India's six-wicket win at The Rose Bowl. The Army insignia, which was clearly visible when MS Dhoni stumped Andile Phehlukwayo, symbolises the regimental dagger of the Indian Para Special Forces.

This man shows his love for the nation and army.
A Regimental Dragger(BALIDAN) of Indian Army Para Special Force on MS Dhoni Gloves. #IndianArmy #Balidan pic.twitter.com/P5haUEyQcy

This is why we love u @msdhoni. Thanks to show your love and support for our military PARA SF. Rounded is the regimental dagger insignia of the Indian Para Special Forces on Dhoni's gloves. pic.twitter.com/NgoAriDUxH

Which represents the Para Special Forces of Indian Army. pic.twitter.com/qooyNjdygE

The former skipper's love for the Army is well known, as he has often expressed his desire of joining the forces.

Earlier this year, Dhoni and the Indian team wore army caps during the ODI match against Australia at Ranchi as a tribute to the CRPF personnel who lost their lives in the February 14 Pulwama terror attack.

India will next face Australia in the World Cup on June 9.

MS Dhoni World Cup 2019 Cricket South Africa vs India, Match 8
Get the latest updates on Fifa Worldcup 2022 and check out  Fifa World Cup Schedule, Stats and Live Cricket Score. Like us on Facebook or follow us on Twitter for more sports updates. You can also download the NDTV Cricket app for Android or iOS.