Watch: MS Dhoni Hits "Them Out Of The Park" In Team India's Practice Session

MS Dhoni will be featuring in his fourth World Cup and he will be the go-to man for Team India. 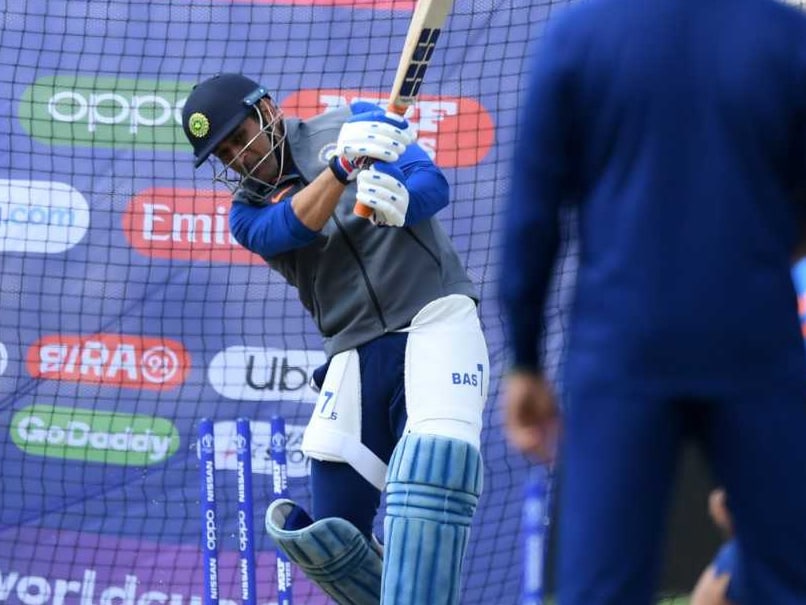 MS Dhoni, Virat Kohli and other members of Team India began training for the South Africa clash after a few team outings at the Rose Bowl, Southampton on Monday. The Virat Kohli-led side will begin their quest for a third World Cup title against South Africa on June 5, who have registered losses in their first two matches. In a few videos posted on Twitter by the Indian cricket board, MS Dhoni and KL Rahul were seen having a bat at the nets. According to the tweet, MS Dhoni, a veteran of three World Cups was in good touch as he was hitting the ball out of the park during the net session.

.@msdhoni hitting them out of the park, nice and easy #TeamIndia #CWC19 pic.twitter.com/Y2CKjBfOUK

Before Team India departed for World Cup 2019, head coach Ravi Shastri had asserted MS Dhoni's role will be massive in the marquee tournament. He also said MS Dhoni has been the best wicket-keeper in the 50-over format.

Dhoni will be featuring in his fourth World Cup. A veteran of 341 One-Day International (ODI) matches, Dhoni has amassed 10,500 runs at an average of over 50. He also holds the highest score of an unbeaten 183 and will be a vital cog in the middle order for the national team.

The 37-year-old's strike rate has gone down in the last few years but in the recently-concluded Indian Premier League (IPL) 2019, he showed that he can still finish the games for his side.