South Africa will be a daunting start for Bangladesh in World Cup 2019. 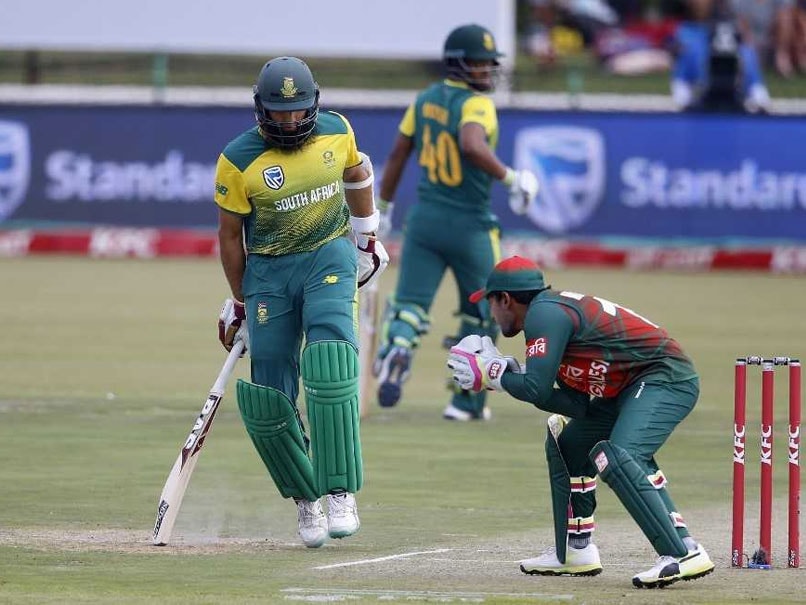 South Africa and Bangladesh have been facing one another in One-day Internationals since 2002.© AFP

South Africa and Bangladesh will possibly be the clash of the two biggest underachievers in cricket, especially in the limited-overs format. Both sides have had some famous wins over the years, but some disasters as well, more so South Africa, as they have conjured up different ways to exit the World Cup over the years. However, on paper at least, South Africa should be able to go past Bangladesh in their World Cup 2019 clash. The Bangladeshis however may have other ideas.

South Africa and Bangladesh have been facing one another in One-day Internationals since 2002 and the records so far have overwhelmingly been in South Africa's favour.

Needless to say, South Africa would be enjoying an overwhelming advantage when the two sides meet up in their World Cup 2019 clash.

However, opening day jitters could have a role to play, as South Africa have never been the strongest team mentally, so Bangladesh may well try to create a bit of an upset as they begin their effort in the UK.

Bangladesh Cricket Team World Cup 2019 South Africa vs Bangladesh, Match 5 Cricket
Get the latest updates on ICC T20 Worldcup 2022 and CWG 2022 check out the Schedule, Live Score and Medals Tally. Like us on Facebook or follow us on Twitter for more sports updates. You can also download the NDTV Cricket app for Android or iOS.