Imran Tahir finished with the figures of 2/61 in South Africa's World Cup 2019 opener against England. 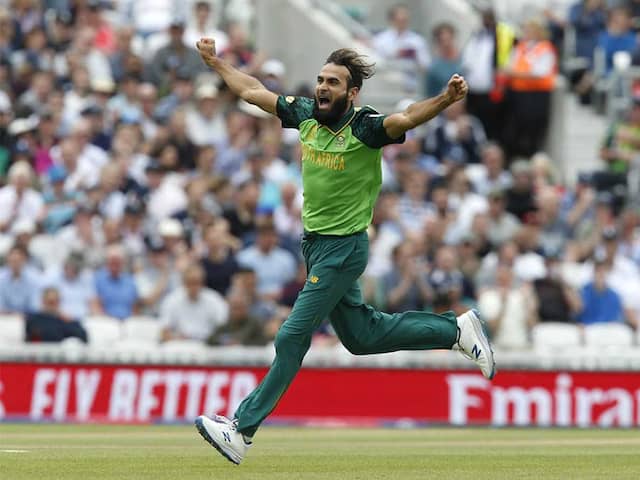 Imran Tahir scripted his name in the history books.© AFP

South Africa leg-spinner Imran Tahir scripted his name in the history books on Thursday as he became the first spinner to bowl the first over of a World Cup. After electing to bowl against England in the opening match at The Oval, South Africa skipper Faf du Plessis surprised everyone by bringing in Tahir to bowl the first over. Tahir too, grabbed the opportunity with both hands as he dismissed England opener Jonny Bairstow (0) off just his second delivery.

Bairstow failed to read Tahir's googly and moved forward to defend it, but ended up giving a catch to stumper Quinton de Kock.

Prior to this, New Zealand great Martin Crowe had surprised everyone in the 1992 cricket World Cup by bringing off-spinner Dipak Patel into the attack in the second over.

Patel bowled the second over in his side's clash with Australia, which the Kiwis won by 37 runs.

Imran Tahir World Cup 2019 Cricket
Get the latest Cricket news, check out the India cricket schedule, Cricket live score . Like us on Facebook or follow us on Twitter for more sports updates. You can also download the NDTV Cricket app for Android or iOS.