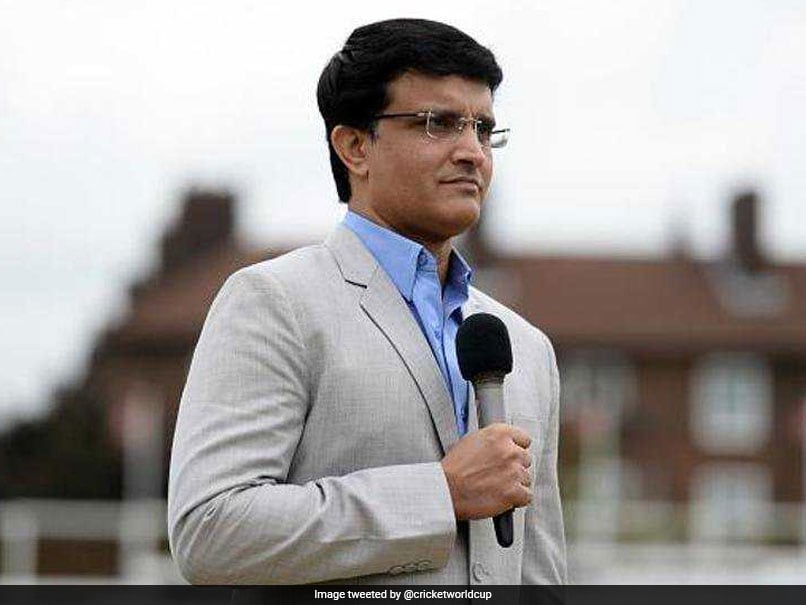 Sourav Ganguly is one of three Indians that are part of the panel of commentators for World Cup 2019.© Twitter

Sourav Ganguly and Sanjay Manjrekar are among the commentators who have been included in the lineup announced by the International Cricket Council (ICC) that will be covering the ICC Cricket World Cup 2019 in England and Wales. Former Australian batsman Michael Clarke, who lifted the 2015 World Cup as captain, will be making his World Cup commentary debut while the likes of Nasser Hussain, Ian Bishop, Kumar Sangakkara, Michael Atherton, Brendon McCullum, Graeme Smith and Wasim Akram are also part of the panel.

Former England captain Nasser Hussain said that, “The whole of England and Wales is buzzing with excitement in anticipation of the massive summer of cricket ahead. This edition of the ICC Men's Cricket World Cup promises to be the most entertaining one yet and I cannot wait to be part of this event broadcast and witness history in the making, first hand."

"This is going to be a very special summer of cricket in England and Wales and possibly the most competitive ICC Men's Cricket World Cup of all time. Hosts England have a great team but there are several realistic contenders and we are sure to see some amazing cricket along the way," said former Sri Lanka captain Kumar Sangakkara.

Former Pakistan pacer Wasim Akram said, "A World Cup comes every four years so players wait for it and do their best to give a memorable performance. I hope we are going to see some stiff competition with the edge of the seat thrillers, high skills and unmatched moments with the best players of the world on show."

The broadcasters will provide its viewers with coverage which comprises of a minimum 32 cameras at every game, including 8 ultra-motion Hawk-Eye cameras, front and reverse view stump cameras and Spidercam.

In a first for the World Cup, the broadcast will produce 360 degree replays, which lets several camera feeds to be stitched together to create a video that offers thorough analysis of the moments in the match.

The 2019 World Cup will begin from May 30, with the inaugural match between England and South Africa at The Oval in London.

Kumar Sangakkara Simon Blair Doull Shaun Pollock Michael Anthony Holding Pommie Mbangwa Michael Slater World Cup 2019 Cricket
Get the latest updates on SA vs IND 2021-22, check out the Schedule and Live Score . Like us on Facebook or follow us on Twitter for more sports updates. You can also download the NDTV Cricket app for Android or iOS.