MS Dhoni was spotted with regimental dagger insignia of the Indian Para Special Forces on his wicket-keeping gloves. 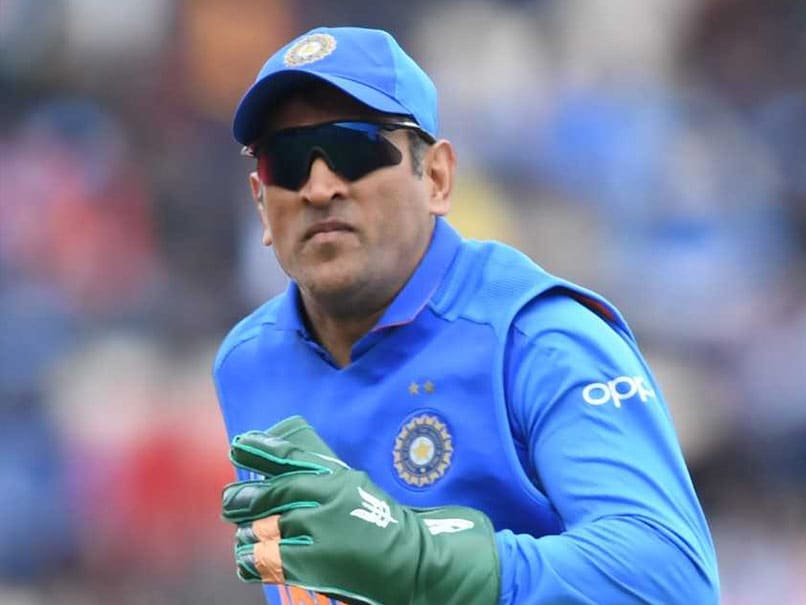 MS Dhoni was spotted with regimental dagger insignia of the Indian Para Special Forces on his gloves.© AFP

MS Dhoni had sent social media into overdrive by sporting wicket-keeping gloves which showed the insignia of one of the Indian Army units during India'sWorld Cup 2019 opening match against South Africa in Southampton on Wednesday. However, the International Cricket Council (ICC) has not taken kindly to MS Dhoni's gesture and asked the Board of Control for Cricket in India (BCCI) to get the symbol removed from Dhoni's gloves. Claire Furlong, ICC General Manager, Strategic Communications, speaking to IANS, said that the BCCI has been asked to get the symbol removed from Dhoni's gloves. "We have requested the BCCI to get it removed," she said.

The insignia, which was clearly visible when MS Dhoni stumped Andile Phehlukwayo, symbolises the regimental dagger of the Indian Para Special Forces.

But the ICC feels otherwise. The ICC regulations say, "The ICC equipment and clothing regulations do not permit the display of messages that relate to political, religious or racial activities or causes during an international match."

The former skipper's love for the army is well known, as he has often expressed his desire of joining the forces.

Earlier this year, Dhoni and theIndian team wore camouflage capsduring an ODI against Australia at Ranchi as a tribute to the CRPF personnel who lost their lives in the February 14 Pulwama terror attack.

Yuzvendra Chahal World Cup 2019 India vs South Africa, Match 11 Cricket
Get the latest updates on India vs South Africa and check out  Schedule, Results and Live Score. Like us on Facebook or follow us on Twitter for more sports updates. You can also download the NDTV Cricket app for Android or iOS.