MS Dhoni was sent in to bat after Rishabh Pant, Dinesh Karthik and Hardik Pandya during the India vs New Zealand World Cup 2019 semi-final. 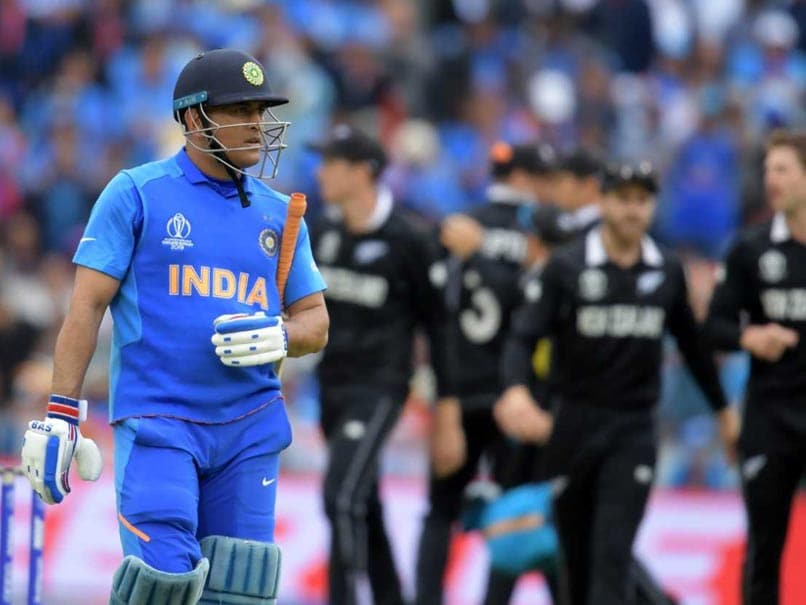 MS Dhoni, one of the finest finishers of the game, was sent into bat at No.7© AFP

MS Dhoni, one of the finest finishers of the game, was sent into bat at No.7 during India's chase in the World Cup 2019 semi-final against New Zealand. The decision to sent MS Dhoni lower-down the order caused quite a stir with the cricket fraternity questioning the team management's decision. Chasing a modest total of 240 runs,MS Dhoni was sent into bat after Rishabh Pant, Dinesh Karthik and Hardik Pandya. He forged over 100-run stand with Ravindra Jadeja but failed to help India cross the line. India head coach Ravi Shastri, however, cleared the air on the stand and said, it was a team decision. Shastri, whose, contract has been extended by 45, also said, the team needed MS Dhoni's experience in the final overs.

"It was a team decision. Everyone was in with it -- and it was a simple decision, too. Last thing you wanted was Dhoni coming out to bat early and getting out -- that would have killed the chase," Shastri was quoted as saying by the Indian Express.

"We needed his experience later. He is the greatest finisher of all times -- and it would have been criminal to not make use of him in that way. The whole team was clear on it," Shastri he added.

After a troublesome start, the partnership between Dhoni and Jadeja rescued India from 92/6 to 208/7, bringing the side agonisingly close to chase down the target.

According to PTI, Shastri and India skipper Virat Kohli are expected to meet the Committee of Administrators (CoA) after their World Cup 2019 exit for a team review.

MS Dhoni World Cup 2019 Cricket
Get the latest updates on ICC Women's Cricket World Cup 2022 and IPL 2022, check out the Schedule , Live Score and IPL Points Table. Like us on Facebook or follow us on Twitter for more sports updates. You can also download the NDTV Cricket app for Android or iOS.