According to a journalist, Haris Sohail looked exhausted during his course of play against South Africa and should have scored his century. 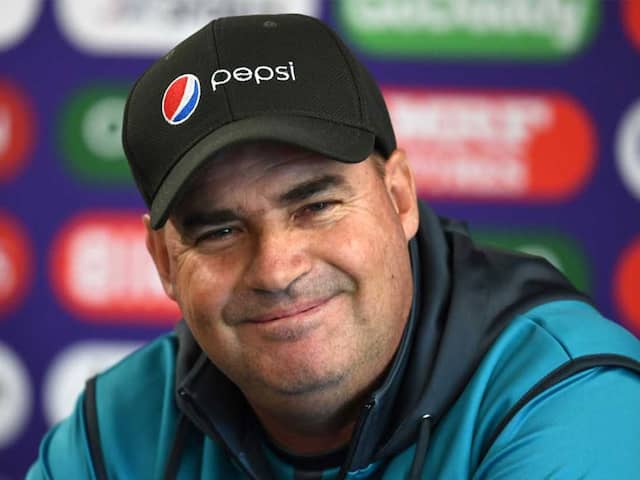 Mickey Arthur looked in no mood to take the criticism© AFP

Haris Sohail's quick-fire knock was pivotal in Pakistan's victory over South Africa at the World Cup 2019 on Sunday. Haris Sohail scored 89 runs from 59 deliveries which included nine boundaries and three hits over the fence. He was also adjudged the man of the match for his effort. But according to a journalist present at the post-match press conference Haris Sohail looked exhausted during his course of play and should have scored his century. "Good, splendid knock from Haris but one thing was visible, he stepped in after 30th over, after spending 60-70 minutes, last over he could not make century as well... he had 3 wickets in hand," the reporter explained to Pakistan coach Mickey Arthur.

"He looked exhausted," he added.

Arthur, however looked in no mood to take the criticism as he reckoned, Sohail's knock was one of the all-time best he has seen.

The Pakistan coach also urged the reporter to write something positive for a change.

Mickey Arthur on "why don't you write something positive for a change" #PAKvSA #CWC19 pic.twitter.com/LoTdveDSfE

Arthur's team has been severely criticised for their poor start at the World Cup 2019. However, the match against South Africa, saw the team re-uniting with their fans.

Pakistan's win over South Africa at the World Cup 2019 also helped them stay alive in the race to the semi-finals.

The 1992 champions still have three matches to play. Pakistan will next take on table-toppers New Zealand, followed by Afghanistan and Bangladesh.

Haris Sohail World Cup 2019 Cricket
Get the latest Cricket news, check out the India cricket schedule, Cricket live score . Like us on Facebook or follow us on Twitter for more sports updates. You can also download the NDTV Cricket app for Android or iOS.