Pakistan Have The Skills To Do Well In World Cup 2019, Says Shadab Khan

Despite Pakistan bowlers struggling for form in recent matches, Shadab Khan feels the team has got what it takes to impress at the 2019 World Cup. 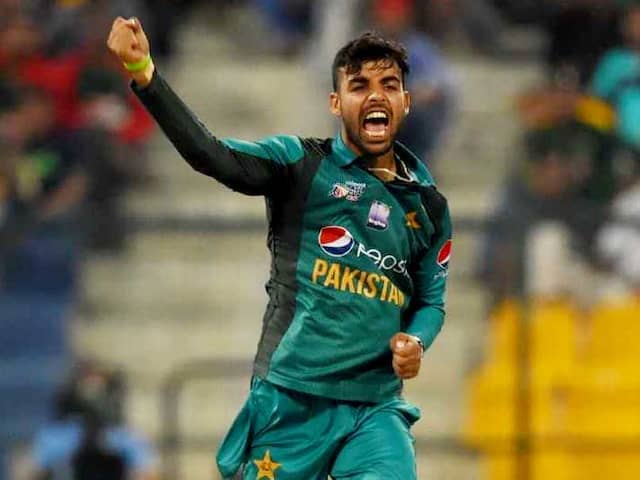 Shadab Khan has taken 47 wickets in 34 ODIs for Pakistan.© AFP

Pakistan leg-spinner Shadab Khan has stated that his team's bowling form has been poor in recent times, but that the team has got what it takes to put up an impressive performance in the 2019 World Cup in England and Wales. The 20-year-old has become the first choice spinner for the Pakistan team. Shadab Khan made his debut against the Windies on April 2017, playing 34 One-Day Internationals (ODI), where he has scalped 47 wickets with an economy rate of 4.8. "Our team has 100 percent skills to do well in the World Cup. They are struggling, [but] so are other teams in many ways. They are playing good cricket overall," Shadab Khan was quoted as saying by icc-cricket.com.

"Bowlers are not doing well, they are actually not in the rhythm required, but once they start clicking, we will start winning games."

Shadab Khan was part of the Pakistan team that had won the 2017 Champions Trophy in England, beating favourites India in the final. He had played four matches in the tournament and had taken four wickets.

"Now, I am heading towards the World Cup. Since we are going there regularly from the last three years, it isn't really difficult to acclimatize with the condition. All I have to do is get in my rhythm. Otherwise, you are mentally prepared for the challenge.

"I have already played in a competitive tournament - Champions trophy - which we won. Even though we lost few games (in England), I know how to adapt myself in a big tournament," he added.

Pakistan are currently playing an ODI series in England, with the host leading the five-match series 2-0.

The fourth ODI will be played on May 17 at Trent Bridge in Nottingham.

After the series ends on May 19, Pakistan play two warm-up matches -- the first against Afghanistan on May 24, and the second against Bangladesh on May 26. They begin their World Cup campaign against the Windies on May 31 at Trent Bridge.

England Cricket Team Shadab Khan World Cup 2019 Cricket
Get the latest Cricket news, check out the India cricket schedule, Cricket live score . Like us on Facebook or follow us on Twitter for more sports updates. You can also download the NDTV Cricket app for Android or iOS.