Lungi Ngidi "100 Per Cent" Fit Ahead Of New Zealand Clash

Lungi Ngidi's return will bolster South Africa's pace attack after veteran pacer Dale Steyn was ruled out of the tournament. With three points in five games, South Africa still have an outside chance to make it to the semi-finals. 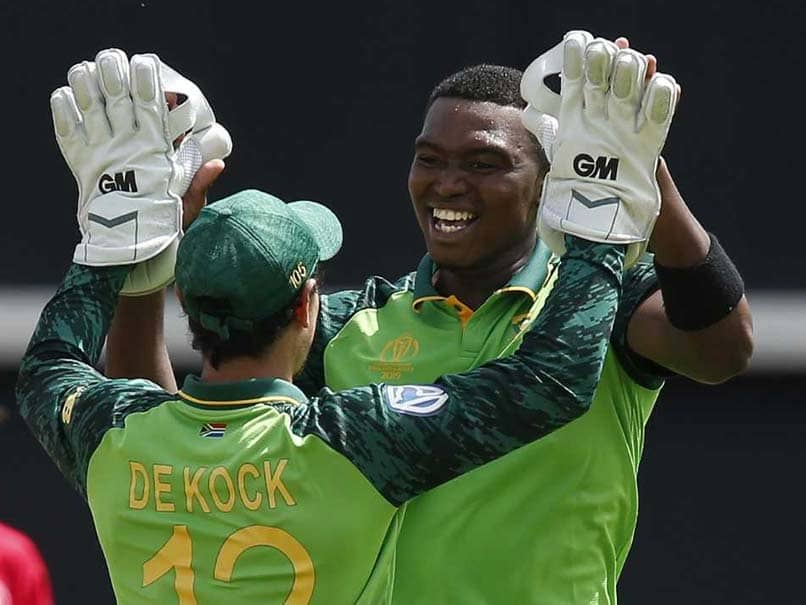 South Africa right-arm pacer Lungi Ngidi is '100 per cent' fit and will add teeth to their pace attack in a must-win encounter against New Zealand to be played at Edgbaston on Wednesday. This has come as a timely uplift for South Africa in the crucial phase of the ongoing World Cup 2019. Calling the injury phase tough, Lungi Ngidi himself confirmed his fitness. Ngidi played just the opening two games of the ongoing tournament before suffering from a hamstring injury against Bangladesh in the match that was won by Bangladesh to dent the Proteas' World Cup campaign.

"It's been tough. Injuries are never nice, but with the support staff that I've had around me it's been pretty good and I've been alright," the official website of the Cricket World Cup quoted Ngidi as saying. "It's just been frustrating not being able to play.

Ngidi's return will bolster South Africa's pace attack after veteran pacer Dale Steyn was ruled out of the tournament. With three points in five games, South Africa still have an outside chance to make it to the semi-finals.

For that though they need to win all their remaining matches, the first of which is against the Black Caps, who are currently at the second spot in the points table with seven points from four games. Along with India, they are the only undefeated team in the tournament so far.

However, Ngidi feels there are some weaknesses in the Kiwi camp which South Africa can exploit in Birmingham. "I don't think their middle and lower order have been tested enough," he said.

"They have got most of their runs at the top of the order, so if we can get one or two maybe we can test them. I think then you could be looking at a different situation with their batting," he added.

Edgbaston, Birmingham World Cup 2019 New Zealand vs South Africa, Match 25 Cricket
Get the latest updates on IPL 2020, check out the IPL Schedule for 2020 and Indian Premier League (IPL) Cricket live score . Like us on Facebook or follow us on Twitter for more sports updates. You can also download the NDTV Cricket app for Android or iOS.