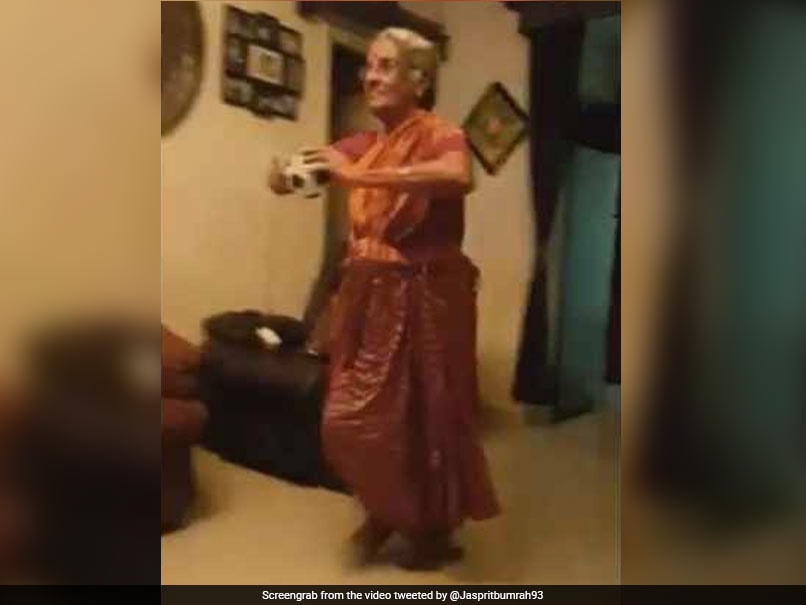 A fan shared a video in which her mother has almost perfected Jasprit Bumrah's bowling action.© Screengrab @Jaspritbumrah93

Jasprit Bumrah's pace, accuracy and impeccable death-bowling skills have earned him a lot of praise from fans and cricket experts around the world. Since making his India debut in 2016, Bumrah's unorthodox action and natural pace, which he generates with a short run-up, have baffled many. Bumrah's action, which was frowned upon in his initial days, is so unique that fans have been trying to copy it ever since he made his international debut. Recently, a fan shared a video in which her mother has almost perfected Bumrah's unique action and the Indian pace spearhead appreciated the effort.

In the video, an elderly woman can be seen imitating Bumrah's bowling action.

"Just like the rest of us, the mothership was so impressed with Bumrah's performance in the world cup, that she decided to mimic his run-up," read the fan's tweet.

Bumrah watched the video and was polite enough to reply.

"This made my day," Bumrah replied.

This made my day https://t.co/ZPLq0gSVzk

India were knocked out of the tournament after losing by 18 runs to New Zealand in semi-final.

Bumrah shared the team's disappointment and tweeted a heartfelt message for the team, support staff, families that travelled and to all the fans who had made the tournament special.

"A big thank you to all my team members, our coaches, support staff, our families and most importantly to all the undying support from all of you! We gave it everything we had!" Bumrah tweeted.

Jasprit Bumrah World Cup 2019 Cricket
Get the latest updates on India vs South Africa and check out  Schedule, Results and Live Score. Like us on Facebook or follow us on Twitter for more sports updates. You can also download the NDTV Cricket app for Android or iOS.