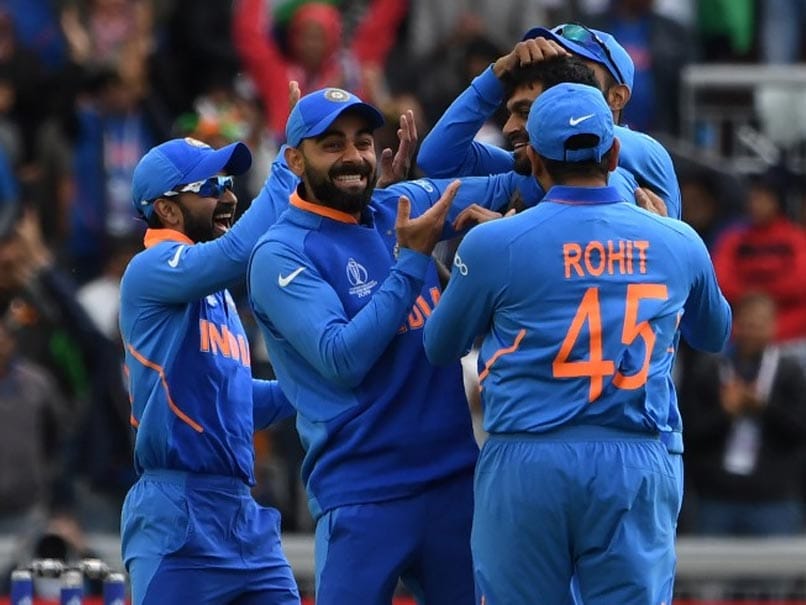 Virat Kohli led India to an 89-run win via the DLS method against arch-rivals Pakistan in World Cup 2019 at Old Trafford, Manchester, on Sunday. With this, India maintained an incredible winning record, making it 7-0, against Pakistan in World Cup cricket. In their last encounter, India suffered a 180-run loss and the Champions Trophy title to Pakistan in 2017. Even though India avenged the defeat on an even bigger stage, India captain Virat Kohli likes to keep the affair "professional" instead of "emotional".

"I think they outplayed us in the Champions Trophy final, but apart from that we have played good cricket against them. If you focus on this game with too much emotion, things can go haywire," Kohli said at the post-match presentation.

"We never approach these games from the fans' atmosphere, but as cricketers we need to be professional and understand what needs to be done on the field," he added.

India were put into bat amid rain forecasts after Pakistan captain Sarfaraz Khan won the toss. However, Pakistan failed to put India under pressure as Rohit Sharma and KL Rahul gave the men-in-blue a flying start.

Rohit built a strong foundation for India, scoring his second hundred in three World Cup 2019 matches. At one point, he even looked on course for a double century for a fourth time in ODI cricket. However, Hassan Ali struck in the 39th over to trap the big fish.

Rohit had already made a big dent by then. He scored 140 runs off 113 balls, including 14 boundaries and three sixes.

Rahul, who replaced Shikhar Dhawan as an opener, supported from the other end with a 78-ball 57, decorated with three boundaries and two sixes.

Heaping praise on the openers, Kohli said: "Rohit's knock was outstanding again. KL helped Rohit, who showed why he's such a good ODI player again today. It was a team effort to get to 336."

"Kuldeep Yadav was brilliant. Babar and Fakhar were trying to play him out, but I wanted him to have a longer spell. The ball to dismiss Babar was an outstanding delivery. I think today was the best he bowled at this World Cup," Kohli said.

Kohli led from the front, scoring 77 runs off 65 balls, including seven boundaries.

Old Trafford, Manchester World Cup 2019 Cricket India vs Pakistan, Match 22
Get the latest updates on ICC T20 Worldcup 2022 and CWG 2022 check out the Schedule, Live Score and Medals Tally. Like us on Facebook or follow us on Twitter for more sports updates. You can also download the NDTV Cricket app for Android or iOS.