World Cup 2019, India vs New Zealand: Here's What Happens If It Rains On Reserve Day As Well

If it continues to rain on the Reserve Day and the India vs New Zealand semi-final is not completed, then India will qualify for the final. 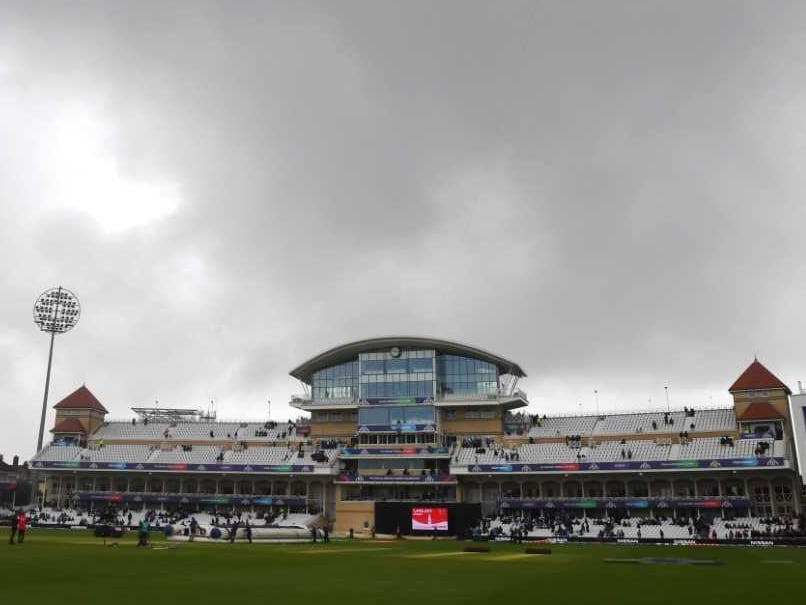 India vs New Zealand World Cup 2019 semi-final was suspended due to rain on Tuesday.© AFP

The semi-final between India and New Zealand at Old Trafford will be played over two days after rain forced the match to go into the reserve day on Wednesday (July 10). The play was halted by rain at 6:30 pm IST. New Zealand, opting to bat, had posted 211/5 in 46.1 overs when rain stopped play in Manchester. But after more than four hours off the field, the umpires eventually decided there was no prospect of even a 20 overs per side match -- the minimum required under the Duckworth-Lewis method for rain-affected matches -- being completed on Tuesday and they abandoned play for the day at 10:50 pm IST. The match, which remains a 50 overs per side contest, will now resume at 3:00 pm IST, if the weather permits, with New Zealand on what will be their overnight score of 211/5, with Ross Taylor 67 not out and Tom Latham unbeaten on three.

The reserve day came into play only in the knock-out stages of the World Cup 2019. The India vs New Zealand semi-final will continue on Wednesday from where it was left off, and will not be played as a new game altogether.

If the condition doesn't change on the reserve day and it is another washout then the team with higher points from the league stage will automatically qualify for the final. This means, India will reach the final if rain does not allow the semi-final to be completed on the reserve day.

In case the Australia vs England World Cup 2019 semi-final is washed out on the reserve day, the holders will make it to the final because they have accumulated more points from the league stage.

India, Australia, England and New Zealand qualified for the World Cup 2019 semi-finals in the 10-team tournament. In the second semi-final, Australia and England will face-off in Birmingham on Thursday.

New Zealand Cricket Team World Cup 2019 Cricket
Get the latest updates on IND vs NZ 2021, check out the Schedule and Live Score . Like us on Facebook or follow us on Twitter for more sports updates. You can also download the NDTV Cricket app for Android or iOS.