Light showers are expected between 6 to 7pm IST during the India vs New Zealand World Cup 2019 first semi-final at Old Trafford. 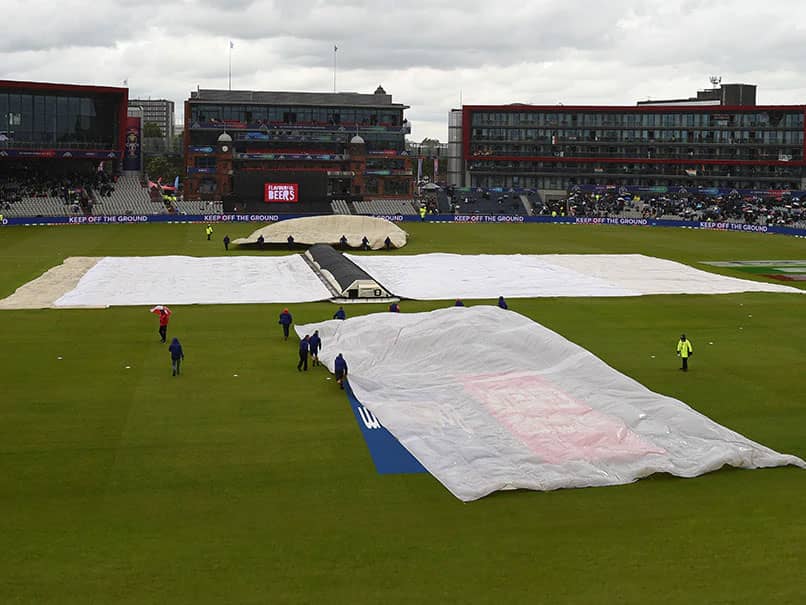 India and New Zealand will face off in the first World Cup 2019 semi-final on Tuesday at the Old Trafford in Manchester, in a bid to book a final berth. Two-time champions India finished on top in the league stage while 2015 runners-up New Zealand made their way to the knock-out stage due to their superior net run rate over Pakistan. The weather has played a major role throughout the World Cup 2019 and the India vs New Zealand semi-final might see play being truncated due to light showers. According to AccuWeather, light showers are predicted between 11 am to 12 pm IST.

The showers are however expected to stay away thereafter for a while, especially around toss time at 2:30 pm IST though dark clouds may stay over Old Trafford from 1 pm to 4 pm IST.

Play might be affected again in the evening, with AccuWeather showing chances of showers, from 6 pm to 7 pm IST.

However, there might not be any rain interruptions thereafter though the weather is expected to stay cloudy throughout.

New Zealand Cricket Team World Cup 2019 India vs New Zealand, 1st Semi Final Cricket
Get the latest updates on India vs Australia Series, check out the India vs Australia Schedule for 2020-21 and Ind vs Aus live score . Like us on Facebook or follow us on Twitter for more sports updates. You can also download the NDTV Cricket app for Android or iOS.