New Zealand will be wary of India, specially after registering a slump in performances, during the concluding stage of the preliminary round. 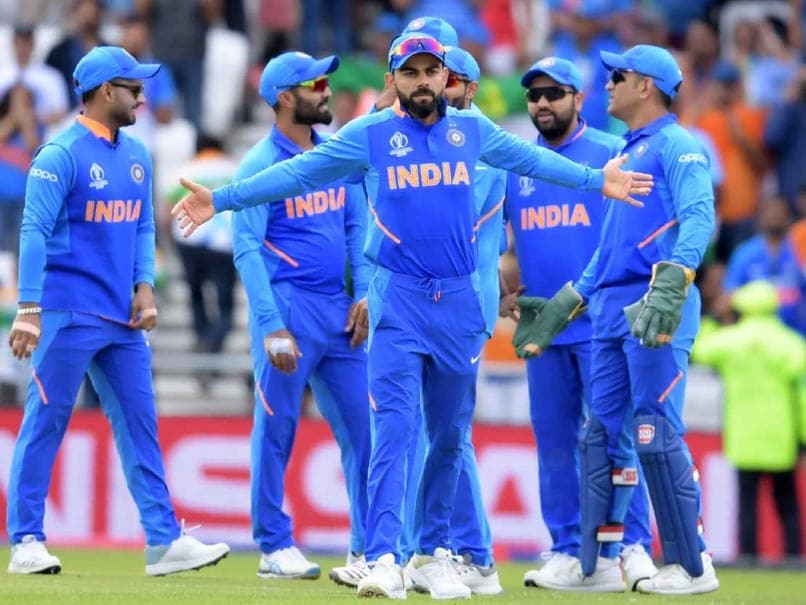 Two-time champions India after proving their dominance in the league stage will look to brush aside New Zealand and book a final berth when the two sides face-off in the 1st semi-final at the Old Trafford in Manchester on Tuesday. All-round performances and some individual batting prowess saw India top the World Cup 2019 league stage. However, with the No.4 conundrum still unsolved and middle-order woes mounting, India will fancy their chances against an unstable New Zealand. The 2015 World Cup runners-up will be wary of India, specially after registering a slump in performances, during the concluding stage of the preliminary round.

India, whose league stage match against New Zealand was washed out, have suffered just one defeat at this World Cup so far, against England, and ended on top of the 10-team group stage, making them strong favourites to beat the Black Caps.

Opener Rohit Sharma became the first batsman to score five centuriesin a single World Cup when he made 103 in a seven-wicket win over Sri Lanka at Headingley on Saturday, while fast bowler Jasprit Bumrah has been the spearhead of a well-balanced bowling attack.

But if New Zealand, whose attack is set to feature experienced left-arm quick Trent Boult and fit-again fast bowler Lockie Ferguson -- can find a way through India's top three, they could expose a lengthy tail.

New Zealand, who only qualified for the semi-finals in fourth place on the basis of net run-rate, have lost their last three games -- against Pakistan, holders Australia and England.

New Zealand captain Kane Williamson, has been in fine form, making match-winning hundreds against South Africa and the West Indies.

But the rest of the top order have had a largely forgettable World Cup, with the Black Caps losing 13 wickets in the powerplay at just 23.38 each -- the worst record in the competition.