The World Cup 2019 league encounter on Sunday will be the 100th One-day International between England and India. 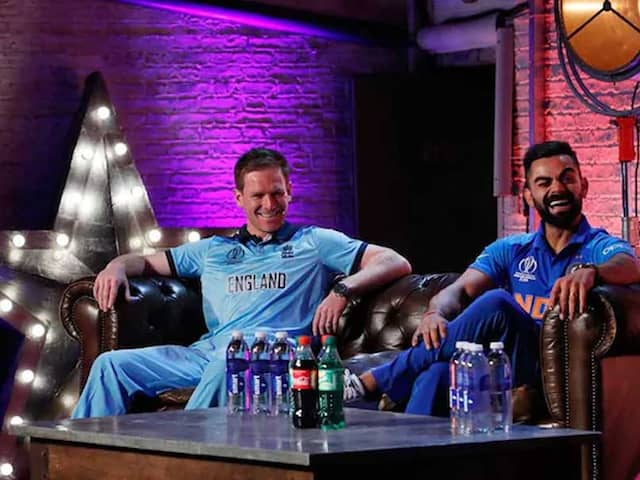 India would be keen to enhance their superiority over England.© AFP

India and England have been cricketing rivals for a long time indeed, with the Test cricket contests dating to 1932. Even India's One-day International (ODI) record against England is long, with the first match dating back to 1974, when India made their ODI debut, before the first-ever World Cup was played. Since then, a lot of cricket has been played between the two teams, with 99 ODIs marking the rivalry, including some sensational wins for both teams and even tied matches. India however have enjoy quit a distinct edge when it comes to results, a factor reflecting India's dominance in the format, as well as England's underachieving trait.

India would be keen to enhance their superiority over England and also seal of a World Cup 2019 semi-final berth when the two sides meet at Edgbaston.

England on the other hand are in trouble, with several matches having gone diametrically in the opposite direction from what the team and pundits had thought. After disastrous losses to Sri Lanka and Pakistan, there was the ignominy of going down to the old enemy Australia without a whimper.

Apart from the bragging rights to the Aussies, that loss also put England in an even tighter spot.

Virat Kohli World Cup 2019 Cricket England vs India, Match 38
Get the latest updates on IPL 2020, check out the IPL Schedule for 2020 and Indian Premier League (IPL) Cricket live score . Like us on Facebook or follow us on Twitter for more sports updates. You can also download the NDTV Cricket app for Android or iOS.