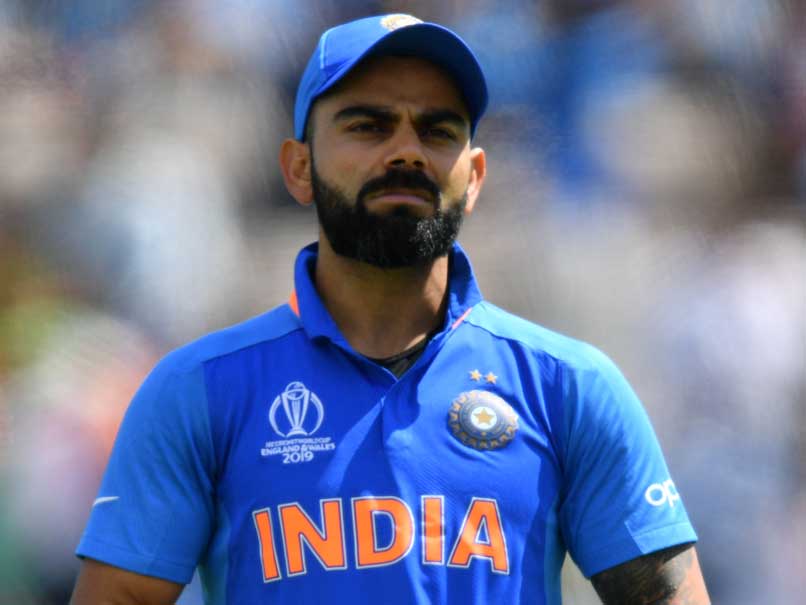 Virat Kohli will be the most important wicket for England© AFP

Virat Kohli will be the most important wicket for England in the World Cup 2019 clash on Sunday and all-rounder Moeen Ali has set his sight on the prized scalp. Moeen Ali, the England all-rounder, knows the importance of Virat Kohli's wicket in a big match and believes trying to get the Indian skipper out won't effect their friendship. However for Virat Kohli, who is yet to score a century in the World Cup 2019, the match against England can well be the stage to exploit the conditions and make the most of it.

"Virat (Kohli) knows he's there to score runs for India, while I'm here to get him out (or score some myself). It means a lot to get a player like him out but you can be still be friends trying to do it," Moeen Ali wrote in a column for theguardian.com.

The pre-tournament favourites India and England have started their respective campaigns on contrasting note. While India are a win away from making it to the top four, a loss for England will put them on the brink of World Cup 2019 exit.

Interestingly, the hosts have already lost their top ODI spot to India, owing to their poor performances in the last two matches.

England, despite coming into the World Cup as the top-ranked side in one-day internationals, have lost three pool matches, including their last two, against Sri Lanka and reigning champions Australia.