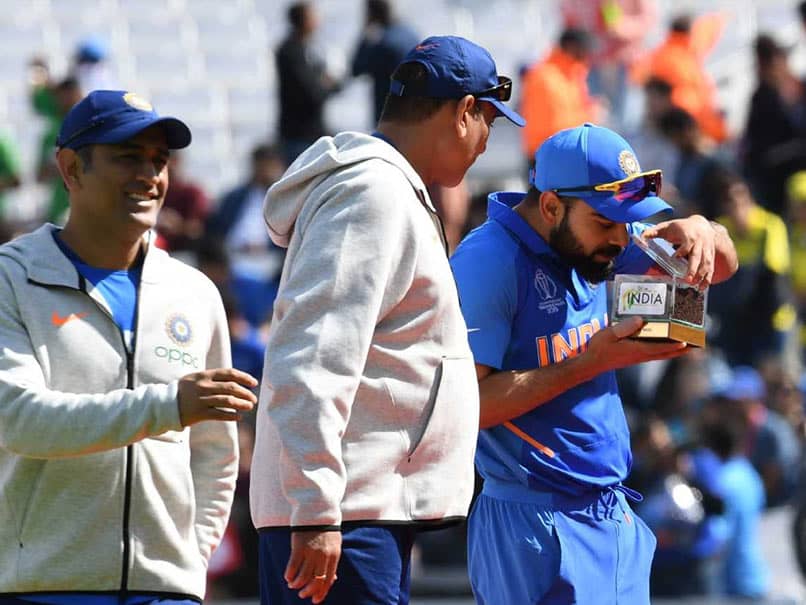 Virat Kohli received soil from his alma mater, Vishal Bharti Public School, ahead of the India vs Australia clash at the Kennington Oval in London on Sunday. The Indian skipper Virat Kohli, who never shies away from showing his love for the nation, was pictured smelling the soil before the start of the India vs Australia World Cup match. India coach coach Ravi Shastri and former captain MS Dhoni watched on as Kohli received the soil. Kohli started his schooling at the Vishal Bharti before moving to the Saviour Convent in his ninth grade. In 1998, he joined the West Delhi Cricket Academy as part of its first intake while studying at Vishal Bharti.

Kohli has come a long way since then, breaking into the Indian team in 2008 and going on to be recognised by commentators and former players as the best batsman in the world across formats at present.

As far as the India vs Australia match is concerned, Kohli opted to play with an unchanged side from the match against South Africa.

"We are gonna bat first, looks a nice wicket. It's been used before and it'll get slower as the game goes on. Best conditions to bat first and put some runs on the board," Kohli had said during the toss.

Eyeing momentum at the ICC 50-over showpiece event, which India won twice in 1983 and 2011, Kohli added: "We are playing with the same line-up because we have a nice balance. The bowling line-up was balanced and we had depth in our batting, everyone's in good spirit and we need to execute the same plans that we did in the last game."