Virat Kohli Is The Best And Close To Legend Status, Says MS Dhoni

Virat Kohli scored a sensational century and a gritty half-century in the 1st Test. 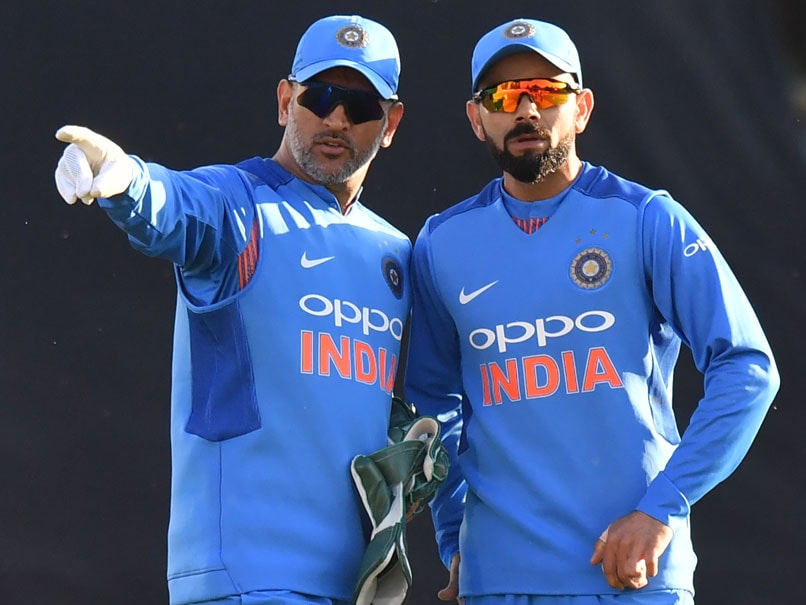 Former India skipper Mahendra Singh Dhoni on Tuesday lavished praise on current captain Virat Kohli, calling him the best. Kohli slammed a brilliant ton and a half-century against England at Edgbaston in the first Test. "Virat is the best and he's already reached a status where he is close to a legend stage. I am happy for him and the way he has batted. He has been brilliant in the last few years. He has taken the team forward and that's what you want from a leader. I wish all the best to him," Dhoni said at the launch of a mobile application.

Asked how India can win the Test series, having lost the opener in Birmingham by 31 runs, Dhoni's take was simple. "I will just tell you one thing -- to win a Test match, you need 20 wickets and we (India) did that. So that's the only answer I would give because it doesn't matter how well you bat, how well you are there for five days but (by) taking 20 wickets, you can win a Test match," he said.

Still playing in the ODI and T20I sides, the wicket-keeper batsmanrecently became the 12th ever batsman in ODIs to get past 10,000 runs. Dhoni has led India to the inaugural T20 World Cup trophy in 2007, ICC 2011 World Cup and the Champions Trophy in 2013.

Dhoni, who is on a break from international cricket now, will join the Indian cricket team for the Asia Cup 2018 in September.