MS Dhoni was seen taking the match ball from the umpires after India lost the third ODI. 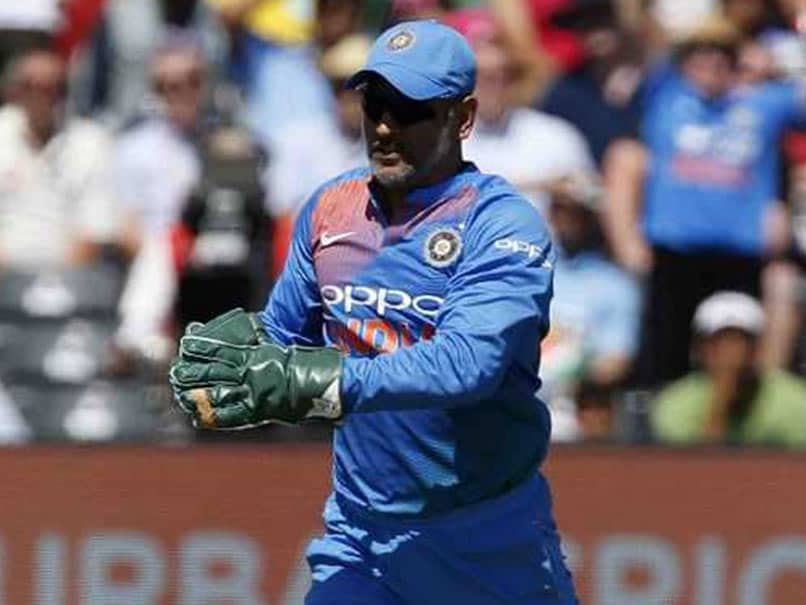 MS Dhoni was seen taking the match ball from the umpires after India lost the third ODI.© AFP

Mahendra Singh Dhoni was seen taking the match ball from the umpires at the end of the 3rd One-day International against England at the Ehadingley cricket ground in Leeds on Tuesday, and Twitter went on overdrive as fans began to wonder about the significance of the move. England put up a strong all-round show to thump Team India by eight wickets in the series-deciding third and final ODI . The series loss marks this Indian team's first bilateral series defeat under Virat Kohli. But more than the defeat, former Indian captain Mahendra Singh Dhonitaking the match ball from the umpires had the fans worried. Dhoni asked for the ball as the teams were walking back towards the pavilion.

Here's the video of the MS Dhoni taking the ball from umpires after the game. #ENGvIND pic.twitter.com/C14FwhCwfq

MS Dhoni took the ball from umpire after the game !! His last game in England ?? #ENGvIND pic.twitter.com/vuevBkuLjd

Big Question is Why MS Dhoni took the ball from umpires at the end of match ? pic.twitter.com/21lgRGNyl4

Retierment announcement comming soon! ??Asia cup would be the last get go i think

It was England's second consecutive win as they bounced back strongly after the first ODI loss in Nottingham before they produced a handsome win at the Lord's.

Virat Kohli Cricket England vs India, 2018
Get the latest updates on ICC Women's Cricket World Cup 2022 and IPL 2022, check out the Schedule , Live Score and IPL Points Table. Like us on Facebook or follow us on Twitter for more sports updates. You can also download the NDTV Cricket app for Android or iOS.