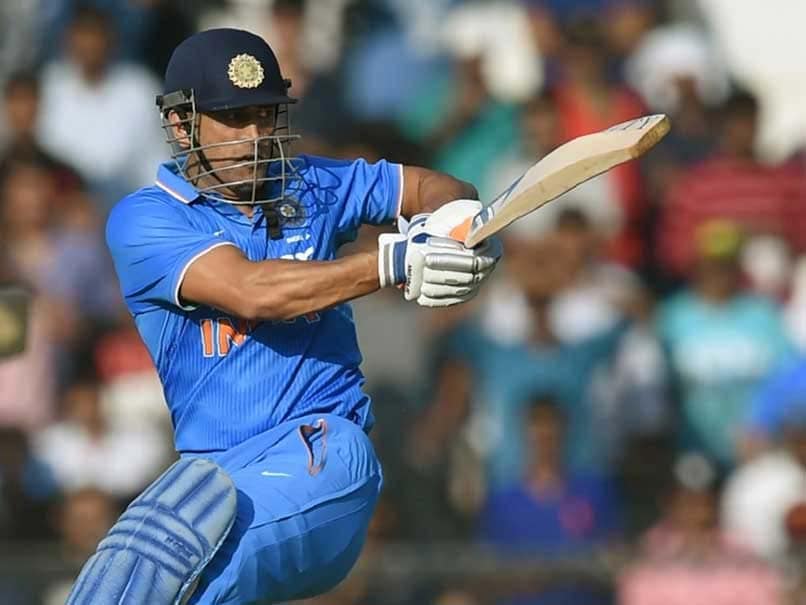 MS Dhoni scored 37 off 59 balls during the second ODI vs England at Lord's.© AFP

India's former captain MS Dhoni received a lot of flak for his slow innings in the second ODI against England at Lord's which India lost by 86 runs. Following that, current India captain Virat Kohli and other Indian players came out in defence of the 37-year-old wicketkeeper-batsman. Not only Team India but its assistant coach Sanjay Bangar also backed Dhoni's uncharacteristic innings in which he scored 37 off 59 balls. Bangar feels that losing wickets at regular intervals did not allow the veteran campaigner to play freely.

"He was just hoping someone would bat with him and we were just hoping that he could bat till the 40th over and take the bowlers on. But, every time he looked to do that, we lost wickets - first there was Raina and then Hardik (Pandya), and then there was no batting to follow for him to do the usual stuff he does," Bangar said.

"With the combination we are playing, we do not have the depth at numbers 8, 9 or 10 (the lower order), and when you lose couple of wickets, it becomes really difficult to bat with that sort of freedom. Due credit to the England bowlers, they didn't allow us to score any boundaries in that period and that was the reason the run rate kept climbing up," Bangar further added.

Meanwhile, ahead of the third and final ODI at Headingley, Bangar said India's batting line-up is still a work in progress, as the middle order needs to spend more time at the crease.

"The way our top order is batting, our middle order hasn't got the opportunities as the top order is doing the bulk of the scoring. At times, they straightaway walk into game situation," Bangar said.

"Mind you, not all of them are playing all the formats of the game so you have to give some weightage to that. Coming straight to international cricket and doing the sort of things you are expected to do in this format (is tough), so continuity factor also plays a part," Bangar further remarked.

MS Dhoni Sanjay Bangar England vs India, 2018 Cricket England vs India, 3rd ODI
Get the latest updates on IND vs NZ 2021, check out the Schedule and Live Score . Like us on Facebook or follow us on Twitter for more sports updates. You can also download the NDTV Cricket app for Android or iOS.