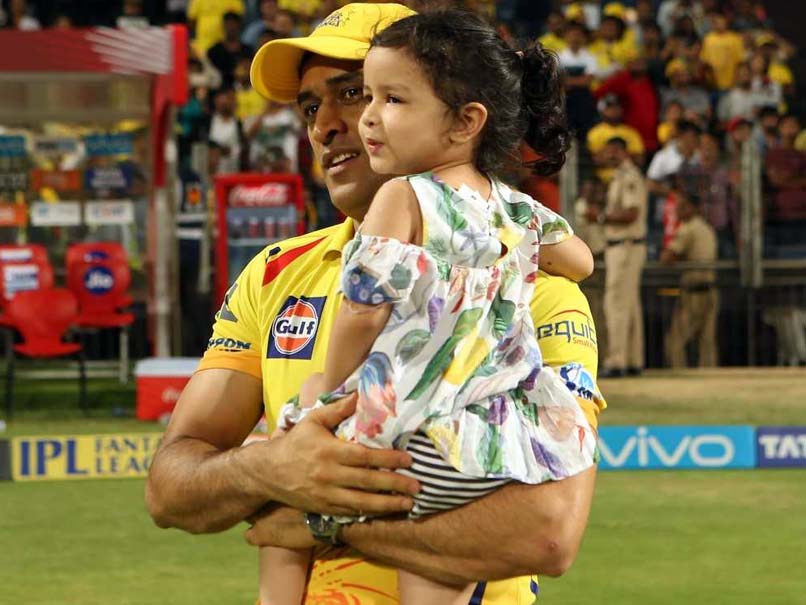 MS Dhoni is the undoubted king of Chennai. There is a frenzy among the Chennai fans everytime the former India captain dons the yellow of the Super Kings. In the course of IPL 2018, Dhoni's daughter Ziva and wife Sakshi were regularly seen cheering the CSK captain and the team from the stands. But there has been a development which is the source of much delight for Rohit Sharma -- Mumbai Indians skipper and probably misery for the CSK fans. Dhoni's daughter Ziva has changed camps and in a video posted on the Twitter handle of Rohit, she can be seen rooting for Mumbai Indians.

In a cheeky post where he even tags MS Dhoni and Sakshi, Rohit wrote: "We have a new @mipaltan fan in the house yo!!"

The video was an instant hit with fans going gaga over the adorable Ziva.

Ha ha. So sweet. See even she wants to cheer for #MI and have them set up for a #CSKvsMI battle.

This is so cute

Rohit Sharma has been in a positive mood despite being dropped from India's 18-man squad for the first three Tests of the five-match Test series against England.

The stylish right-hander has played 9 Tests at home and scored 769 runs at an astonishing average of 85.44, including three centuries and five half-centuries.

But, his away record is not that impressive.

Rohit has played 16 Tests overseas and scored 710 runs at an average of 25.35, including four half-centuries.

Meanwhile, Dhoni has had problems of his own with couple of poor performances with the bat drawing the ire of some fans. However, the former India captain has got the backing of current skipper Virat Kohli and coach Ravi Shastri, both of whom made a staunch defence of Dhoni after some of the criticism.

Mumbai Indians Cricket
Get the latest updates on ICC Women's Cricket World Cup 2022 and IPL 2022, check out the Schedule , Live Score and IPL Points Table. Like us on Facebook or follow us on Twitter for more sports updates. You can also download the NDTV Cricket app for Android or iOS.