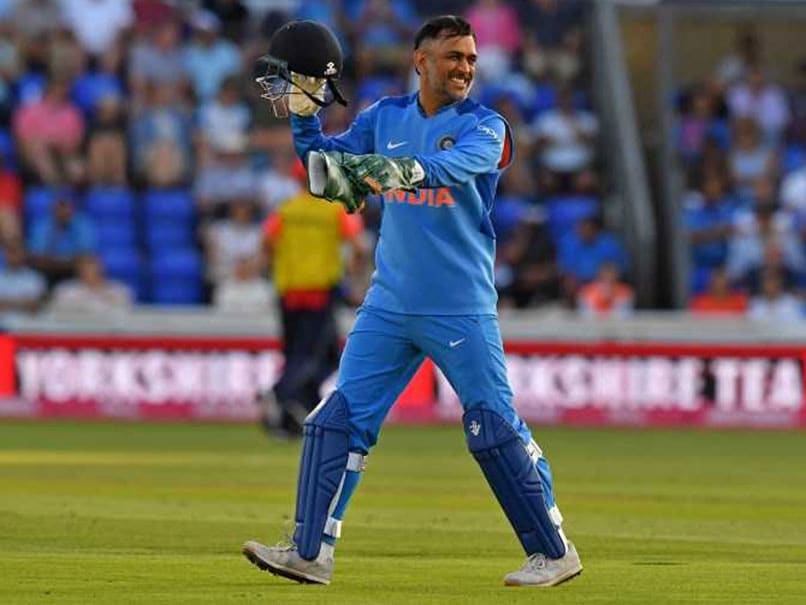 MS Dhoni has been in the news recently with fans speculating about his future following a poor showing in the ODI series against England. Coach Ravi Shastri, however, quashed all rumours, stating that the former India captain was "not going anywhere". With that saga coming to a quick end, there was another incident regarding Dhoni that caught the eye of fans on Twitter. The Board of Control for Cricket in India (BCCI) made a goof-up on their player profile page with Dhoni still being referred to as India captain.

The mistake quickly spread like wildfire on Twitter and became the butt of several jokes on the social media platform.

Well BCCI now dont tell me MS Dhoni forced them to do so or his fans are doing it pic.twitter.com/XticFc4isp

He left Captaincy 2 years ago & still BCCI thinks he is the Captain of Team India
.
This is #BCCI's official App

All r Temporary captain but..
Captain Cool is Permanent captain of Team#MSDhoni pic.twitter.com/wArwHs0V8z

There was rumour about #MSD retirement but #BCCI still believes who is the skipper!!! @msdhoni still remains the boss @BCCI #ENGvIND #DhoniRetirementTalk pic.twitter.com/YsgTO9ThSD

It feels like BCCI wants its previous captain(@msdhoni) to take charge again or they might have forgotten to update their website. However, as fan of MSD we appreciate BCCI for remembering MSD as a captain(Masterofstrategy)#MSDhoni #ViratKohli #BCCI #Indiancricketteam #Captain pic.twitter.com/UbcNm4F8Zf

The former India captain came under heavy fire from fans for his painstaking 37 off 58 balls during the 2nd ODI against England.

Hailed as one of the best ever finishers in limited overs, Dhoni, in the past couple of years, has struggled to finish high pressure games.

But current skipper Virat Kohli defended the 37-year-old Dhoni by saying: "This comes up again and again when he is not able to play in the normal way he does.

Kohli added: "When he does well, people call him the best finisher ever and when they don't go well, they all pounce on him.

"We all have bad days in cricket and today was a bad one for everyone, not just him."

Dhoni was named the captain of India ahead of the inaugural T20 World Cup in September 2007, before being handed the ODI responsibility in the same month. The wicketkeeper-batsman was later announced as the Test captain in 2008.

Virat Kohli BCCI England vs India, 2018 Cricket
Get the latest updates on IND vs NZ 2021, check out the Schedule and Live Score . Like us on Facebook or follow us on Twitter for more sports updates. You can also download the NDTV Cricket app for Android or iOS.