S. Ravi has been India's lone representative at the top level of ICC umpires for a while. 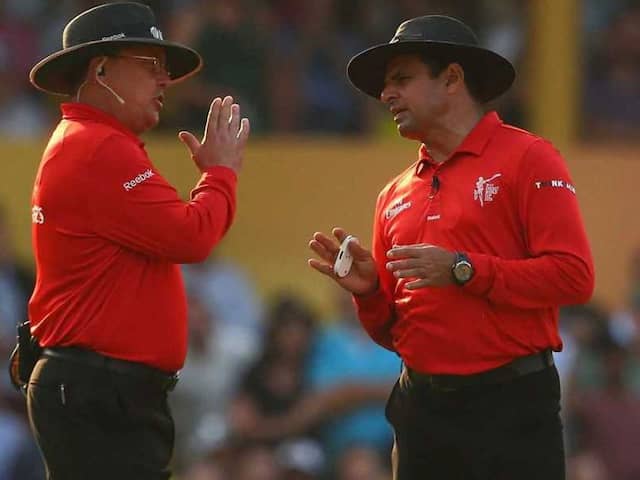 The International Cricket Council (ICC) released the full list of match officials for the ICC Cricket World Cup 2019 in England and Wales. The match officials comprise 16 umpires and 6 match referees from across the globe managing all 48 matches. The World Cup begins from May 30, with hosts England and South Africa facing off at The Oval in London.

The 2019 World Cup will be the fourth and the last World Cup that Ian Gould will be officiating in, as he has announced his retirement from international cricket after this tournament. The 61-year old umpire, who was a wicketkeeper for England and also participated in the 1983 World Cup, has officiated in 74 Tests, 135 ODIs and 37 T20Is so far.

Comments
Topics mentioned in this article
World Cup 2019 Cricket
Get the latest Cricket news, check out the India cricket schedule, Cricket live score . Like us on Facebook or follow us on Twitter for more sports updates. You can also download the NDTV Cricket app for Android or iOS.