World Cup 2019: Time Off Has Made Me Want To Come Back Stronger, Says Hashim Amla

Hashim Amla, who will be playing in his third World Cup, says he is hungrier than ever before. 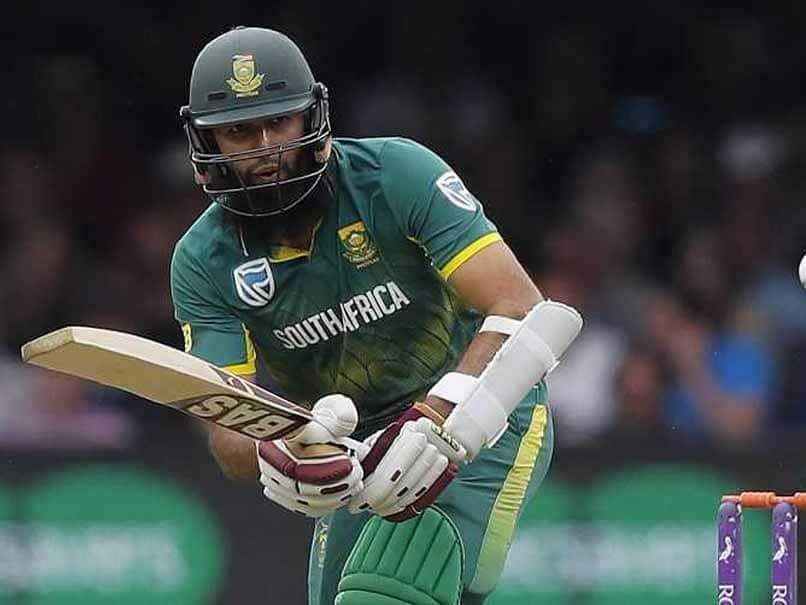 Hashim Amla said that the break from cricket has refocused his mind ahead of World Cup 2019.© AFP

Hashim Amla has been South Africa's go-to man for some years now in the batting department. His glittering career has seen him amass 55 international centuries but a recent dip in form coupled with missing the One-Day International (ODI) series against Sri Lanka and the Indian Premier League (IPL 2019) put Amla spot in South Africa World Cup 2019 team in jeopardy. Amla, a veteran of two World Cups, though, was included in the squad and the stylish right-hander is eager to prove that he still has what it takes to cut it at the highest level.

"Things happen that you don't anticipate and I did not anticipate how things have gone recently. But I am a firm believer that when something happens, there is some good in it. I have had time away and now I am really looking back to wearing the green and gold again," Amla was quoted as saying by the ICC.

"I am hungrier than ever before, there is no doubt about that. I have been blessed to have this shirt for a while but the time off has made me want to come back stronger," he added.

The Proteas will face hosts England in the opening match of World Cup 2019 and Amla is optimistic to face the top-ranked squad saying that they have done well against them. He also opined that even though there are fewer expectations from them, the team is confident of doing well.

"It is the best first game we could have asked for. We have played England recently and had some success against them, I have done well against them too. This year, you don''t see the same big names and that is why the focus is not on us but that has some good in it," he said.

"There has not been much chat about us winning in comparison to the past but I don''t think that played a part in how we performed. At the end of the day, we always gave our best and played to win. The fact that there has not been a lot of chat at this World Cup means there is less expectation but in the team we think we can do well," he added.

South Africa will take on England in the opening match of the World Cup 2019 on May 30.

(With Inputs from ANI)

Hashim Amla World Cup 2019 England vs South Africa, Match 1 Cricket
Get the latest updates on India vs South Africa and check out  Schedule, Results and Live Score. Like us on Facebook or follow us on Twitter for more sports updates. You can also download the NDTV Cricket app for Android or iOS.