The former Pakistan cricketer also said India will play in a manner that no one will make any wrong remarks against them. 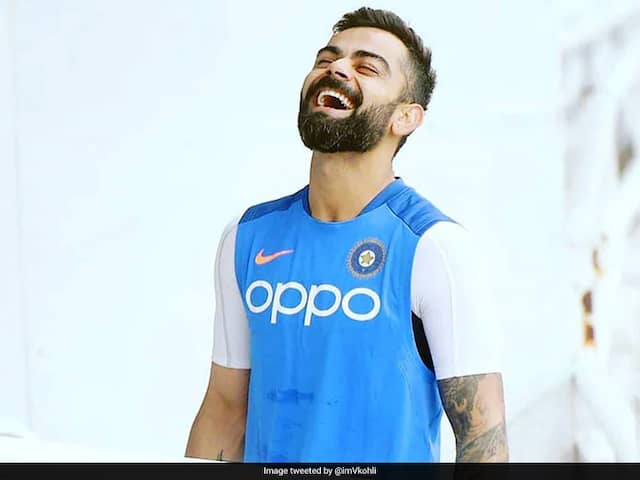 Former Pakistan cricketer Basit Ali, who has played 69 international matches for his country, is facing fans' ire after making an outrageous claim against the Indian team during a chat show on a Pakistan news channel. Basit Ali said that India will never want Pakistan to qualify for the semi-finals and might intentionally play poorly to lose their matches against Sri Lanka and Bangladesh, who are also in the running for a last four spot. He also claimed that India will play in a manner similar to what they they did against Afghanistan -- a match in which India were given a massive fright by the minnows -- so that no one can point a finger at them.

"India have played only five matches so far and they would never want Pakistan to qualify for the semi-finals. India's remaining matches are against Bangladesh and Sri Lanka, and everyone saw the way they won against Afghanistan," said Basit Ali.

"People won't say that they will lose intentionally, though, those people can't see. But India will play in such a way that people won't get to know anything. When playing Australia, David Warner didn't play at all," he added.

Basit Ali reckons India will not want Pakistan to qualify for the semi-finals and may play poorly in their matches against Sri Lanka and Bangladesh #CWC19 pic.twitter.com/vwg3oFnnpl

The former Pakistan player's comments did not go down well on social media, with one of the fans suggesting, "Someone tell him that India would prefer to play Pak in the semis more than Aus or Eng".

Not just Indian fans but Pakistani fans were also taken aback by the claims made by Basit Ali.

Virat Kohli On Hearing This pic.twitter.com/9liyLNewfd

Seriously??? How are these kinda people finding air time on national television???

India are yet to lose a match in the ongoing World Cup 2019 and have also already outclassed the Pakistan team in a league match. The only instance when they dropped points came when their match against New Zealand ended up being a no result due to a washout.

Pakistan will not only need to win their final two league matches against Afghanistan and Bangladesh but also hope other results go in their favour.

With only Australia booking their semi-final spot so far, New Zealand, India, England, Bangladesh, Sri Lanka and Pakistan still remain in fray of finding a spot in the top four of the World Cup 2019.