David Warner made a strong comeback to the international circuit after a "horrendous" year at home. 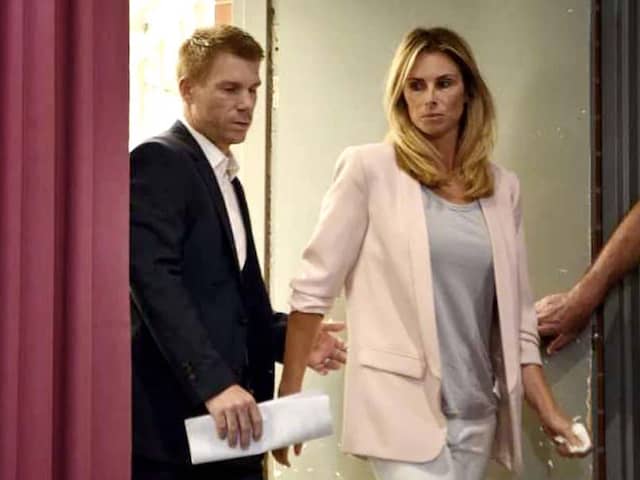 David Warner had a hard time at home while serving the 12-month ban for the ball-tampering scandal that broke out in South Africa last year. Australia opener David Warner, who made a comeback to the international circuit just ahead of World Cup 2019, recently revealed that his wife Candice suffered two miscarriages when he was serving the ban. According to the report by news.com.au, the miscarriages were a result of the stress and abuse that Candice and David Warner faced during the ball tampering scandal.

However Warner, who made a strong comeback at World Cup 2019, said he was grateful to have two healthy little girl at the moment, with another on the way.

"It was unfortunate we had two miscarriages during that time and we would have had one (baby) before this but that's just what happens and I'm looking forward to obviously the baby coming out and then still concentrating on cricket," Warner was quoted as saying by news.com.au.

"We're just grateful to have two healthy little girls at the moment and hopefully that third one on Sunday so I'm really anticipating it."

Warner is currently the leading run-scorer at the World Cup 2019. He has scored 500 runs at an average of 83.33. His run at the quadrennial includes two centuries and three half-centuries with the high score of 166 runs.

Holders Australia are the first side to book a spot at the World Cup 2019 semi-finals. Warner will be next seen in action when Australia take on 2015 World Cup runners-up New Zealand on Saturday.