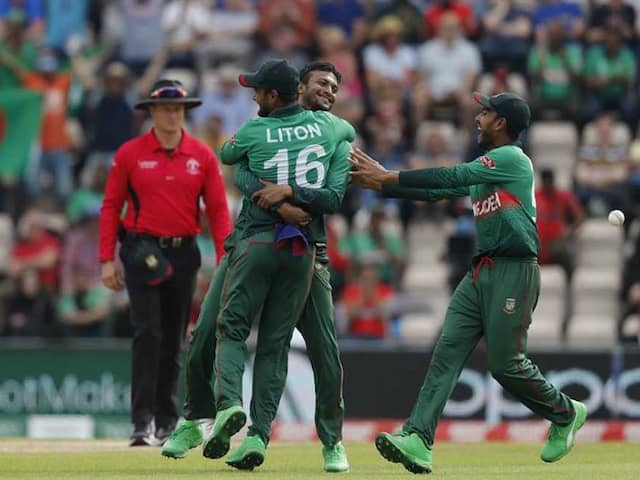 Bangladesh defeated Afghanistan by 62 runs at The Rose Bowl in Southampton on Monday to keep their hopes alive of reaching the semi-finals. After being asked to bat first, Bangladesh posted a fighting total on board, scoring 262 for seven against Afghanistan on a tricky surface at The Rose Bowl in Southampton. Mushfiqur Rahim top-scored with a gritty 83, powering Bangladesh past the 250-run mark.  His 87-ball 83-run knock was laced with four boundaries and a six. Shakib Al Hasan was yet again remarkable with both bat and ball. He reclaimed top spot on the World Cup 2019 leading run-scorers list with a fine 69-ball 51-run inning. With the ball, he picked up his second ODI five-wicket haul to give Bangladesh their third win of the ongoing World Cup 2019. For Afghanistan, their batting once again let them down. Samiullah Shinwari remained unbeaten at 49 and captain Gulbadin Naib scored a valiant 47, but the rest of batsmen failed to deliver the goods. Mujeeb Ur Rahman was the leading wicket-taker for Afghanistan, ending with figures of 3/39 in his 10 overs.  (SCORECARD)

Bangladesh Cricket Team World Cup 2019 Bangladesh vs Afghanistan, Match 31 Cricket
Get the latest Cricket news, check out the India cricket schedule, Cricket live score . Like us on Facebook or follow us on Twitter for more sports updates. You can also download the NDTV Cricket app for Android or iOS.