Pakistan beat England in their last game to register their first win of the World Cup 2019 while Australia went down to India. 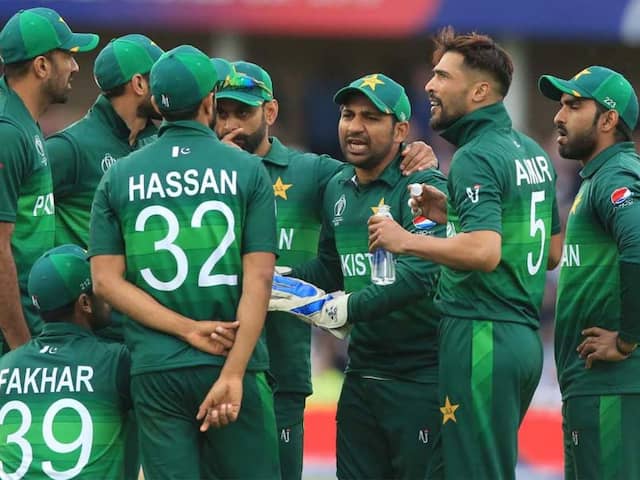 Pakistan will be high on confidence after beating England© AFP

Pakistan, after beating England by 14 runs, will look to carry the winning momentum as they take on Australia at Taunton on Wednesday in their next fixture at the ongoing World Cup 2019. Prior to this victory, the Sarfaraz Ahmed-led team had lost 12 consecutive One-day Internationals (ODIs). Pakistan last managed to get the better of Australia in January 2017 and they have lost 13 out of their last 14 encounters against the five-time World Cup winners. On the other hand, Australia suffered a loss against India in their last match when the defending champions failed to chase down 353, falling short by 36 runs.

Both teams will look to get a win under their belt and move closer to that final four spot. For Pakistan, apart from Mohammad Amir, no bowler has managed to leave his mark in the tournament so far.

Despite not having a good record against Australia, Sarfaraz elucidated that his team will go with the same approach as they showed against England.

"We have not won many matches against Australia but we had not won too many against England either. But we have finally beaten England and that has given us a lot of positives. We will go with the aggressive approach we showed against England," Sarfaraz said ahead of the match.

The 32-year-old also mentioned that he expects Australia to come back strong with Steve Smith and David Warner. "We respect all our opponents and are ready for them," Sarfaraz added.

On the other hand, Australia will hope that Warner, who has scored two fifties in the three matches that he has played so far, will give his side a flying start. Ahead of their clash against Pakistan, Australian skipper Aaron Finch mentioned that "Warner needs some time, he's a world class player and will get us off to a flyer."

Pakistan Cricket Team World Cup 2019 Australia vs Pakistan, Match 17 Cricket
Get the latest Cricket news, check out the India cricket schedule, Cricket live score . Like us on Facebook or follow us on Twitter for more sports updates. You can also download the NDTV Cricket app for Android or iOS.