David Warner, who is known for his power-hitting abilities, has scored at a strike rate of 71.84 in the World Cup 2019. 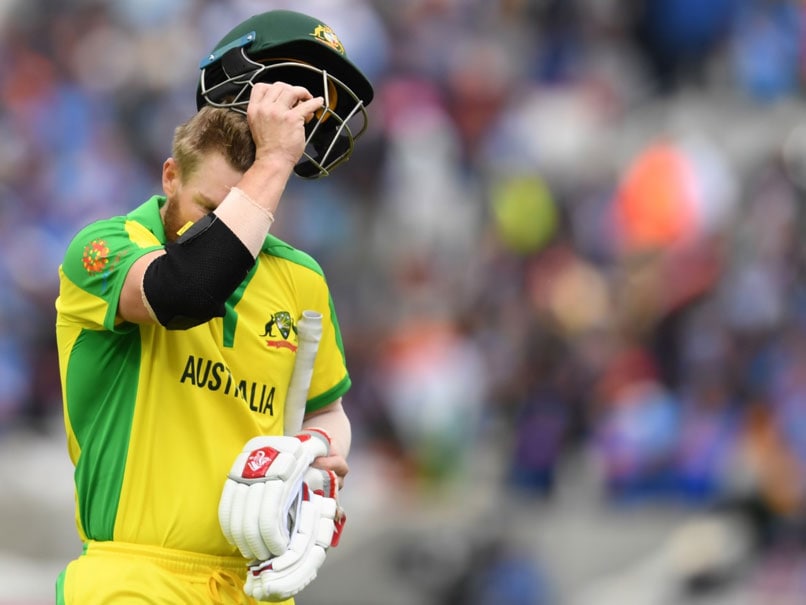 David Warner played 50 dot balls out of his 84 in Australia's failed attempt to chase 353 against India.© AFP

Australia's swashbuckling opening batsman, David Warner has been struggling with his strike rate in the ongoing World Cup 2019. In the three matches played so far, Warner has scored 148 runs but his strike is below 72. Even in the last match against India, the 32-year-old scored 56 runs of 84 balls when the team was looking for a quick start chasing in excess of 350 at the Oval in London on Sunday. Despite his slow innings against India, all-rounder Glenn Maxwell has backed Warner and blamed the conditions and moving deliveries for the opener's over-cautious start in the tournament.

The left handed batsman registered his slowest half century of his career and failed to score in 50 balls out of his 84 inAustralia's failed attempt to chase 353.

Ahead of the World Cup, there were talks among the cricket pundits that we might see 500 being scored for the first time in One-day International (ODI) histroy. However, teams are surprised that scores of 280-300 have been enough to win matches.

"It seems to be doing a little bit more than I expected over here. We all expected big 500 scores and balls to be pinging away all over the place. But the ball has started swinging in the 5-10 over mark rather than straight away and then stopping," Maxwell added.

Maxwell further backed Warner to come good in the upcoming games and marked out how on his off day he managed to score a fifty against a quality Indian bowling attack.

"Davey obviously didn't have his best day but he was able to bat a little (bit) of time rather than throwing it away early. He was able to bat deeper for us, which was a key thing for us. Unfortunately, the first big risk he took he got out. If he's gets it right, he's away," Maxwell said.

The Aaron Finch-led side will next take on Pakistan in Taunton on Wednesday. While Australia will look to get back on winning ways, Pakistan will look to carry the momentum they build after knocking down the hosts, England by 14 runs.

Australia Cricket Team World Cup 2019 Cricket India vs Australia, Match 14
Get the latest updates on India vs South Africa and check out  Schedule, Results and Live Score. Like us on Facebook or follow us on Twitter for more sports updates. You can also download the NDTV Cricket app for Android or iOS.